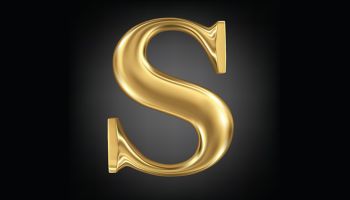 ‘Tis the season for Subchapter S. At least in our office it is. We have multiple conversions of community banks/bank holding companies from C corporations to S corporations set to close prior to Dec. 31.

Since 1998, Subchapter S has been an incredible tool to enhance shareholder value for community banks, which explains why there are currently 2,061 Subchapter S banks out of 6,223 outstanding charters for banks in the country—a third of the total.

For those of you who are not familiar with the concept of Subchapter S, it is pretty simple.

Conversion from a C corporation to an S corporation  eliminates double taxation at the bank/holding company level. Double taxation arises from the fact that the bank/holding company pays federal tax at the corporate level, and then pays a dividend out of post-tax earnings to the shareholders. The investors again pay federal tax at their personal level.

By contrast, an S corporation pays directly to shareholders. (The letters refer to sections of the Internal Revenue Code. I am only dealing with federal law here.)

So Subchapter S eliminates the federal tax at the corporate level. That is the good news.

Where the tax obligation goes

As you might imagine, while the concept is simple, there are some complicating factors, one of the most significant being that the entire amount of the bank/holding company earnings (which are no longer subject to federal tax) fall on the tax returns of the individual shareholders.

So, for example, if your bank was making $1.5 million after tax as a C corporation and it converts to a Sub S, the conversion eliminates the federal tax (assuming a 33% rate or so) and leaves the bank making $2 million as an S corp because no federal tax is being paid.

That $2 million income at the bank level now falls on the tax returns of the individual shareholders in the S corp.

So, if you are a 10% individual shareholder in that S corp, you will now have an additional $200,000 income reflected on your personal income tax. That is all well and good as long as you have some way to pay the tax on that $200,000…

Getting the tax payment made

Assuming a 43.4% tax rate on that $200,000, you would need to receive $86,800 from your bank/holding company to pay your taxes. In connection with virtually every Subchapter S established, and by shareholder agreement, the holding company, which is the Sub S (the bank is a qualified Sub S subsidiary), will distribute enough income to the individual shareholder to pay his or her taxes at the maximum federal (and state) rate.

In my example, the company would distribute enough to pay the tax at the 43.4% rate.

If you happen to be a shareholder who is a taxpayer at a lower rate, you still get the same distribution at the 43.4% rate. That means you send part of it on to the government and get to keep the rest. If you are a maximum-rate taxpayer, it is a “wash.”

As noted above, most C corporations also pay dividends. The C corporation dividends are also taxed generally at a 20% rate (or 23.8% if you take into account the Medicare surtax).

In an S corporation, what is typically paid out to the shareholder is two-fold:

1. A tax distribution to cover taxes as noted at the above maximum federal and state rate, and

2. A “dividend equivalent” distribution to replace the dividend the shareholder would have received had the company remained a C corporation.

Now, it is not that there is some magnanimous federal tax code provision that relates to this. It is simply that the Subchapter S shareholder, as noted in my example above, has already paid tax in full on the income allocated to him or her, so the dividend equivalent (i.e. the additional distribution) is no longer subject to tax.

So, basically, when your bank/holding company converts from a C corporation to an S corporation, in the worst case scenario, because the shareholder now gets the dividend “tax free,” the shareholder generally gets a minimum uptick in his or her cash flow.

That brief explanation—obviously subject to a lot of complicated rules, which I am happy to share further through various memos from our firm—is why approximately one-third of the banks in the nation have converted to Sub S.

Despite some complicated rules—after all, this is an IRS creation—the general rule for most holding companies is if you can obtain 50% of the shares to vote in favor of the Sub S, it can be accomplished. I will explain that issue further in subsequent blogs.

More in this category: « If you get a shareholder letter ... Looking back, looking ahead »
back to top