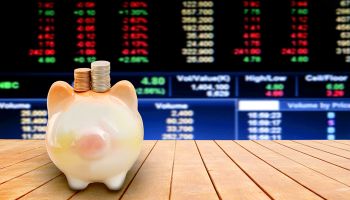 The Republican leaders of the congressional financial services committees do understand the impacts of excessive regulation.

Richard Shelby (R-Ala.), chairman of the Senate Committee on Banking, Housing and Urban Affairs, and Jeb Hensarling (R.-Texas), chairman of the House Financial Services Committee, spoke at the recent American Bankers Association Government Relations Summit last week. I had an opportunity to read both speeches and hear some of the question and answer interplay following the talks.

I was very pleasantly surprised.

Both men displayed a solid knowledge of what excessive bank regulation does to banking, the economy, and, as I have written often, democracy.

Because ABA membership is composed primarily of regional and community banks both men spoke to the need to reduce regulatory oversight on small banks. Senator Shelby was clear that he would seek multiple oversight meetings on the regulators themselves. He also understood the dangerous precedent established in the Highway Safety Act that diverts some bank revenues to pay for the improvement of the nation’s highway system. He is unalterably opposed to the Consumer Financial Protection Bureau (CFPB).

Senator Shelby’s main interest, however, is to reduce the pressure on smaller banking institutions. This was evident in his banking bill which is now being held up from discussion in the Senate. He does appear to support tight regulation of the biggest banks.

Representative Hensarling’s comments are well worth reading. They are available from the House Financial Services Committee. Some key points from his speech:

• CFPB is undemocratic and will remove a large portion of the population from eligibility to get a mortgage.

• He is not necessarily opposed to “Too Big to Fail Banks.”

• He understands that the Federal Reserve policies have destabilized parts of the financial system.

• He understands how the Basel III capital rules allows the government to impact financial flows. (He, like I, sees the system more like the old Soviet one than makes one comfortable.)

• He clearly understands the link between banking the economy, jobs, and prosperity and that this link has been interfered with.

• He is demanding that all Fed regulations be subjected to cost/benefit analysis before they are put into effect and he cannot understand why the Fed and others do not see why this is crucial.

You gotta’ love this guy if you own bank stocks.

It is my understanding that House Speaker Paul Ryan has asked Hensarling to provide a comprehensive bill to shape the government’s regulation of the financial industry. Clearly, the Republicans must retain control of the Congress if legislation of this nature is to pass.

What is encouraging is that these two speeches, for the first time in eight years, show that there is some lucid thinking being done about this industry.

Whether this will ever translate into positive action is unknown.

Larger than life, and not even there

Richard Bove is a veteran bank stock analyst and the author of Guardians of Prosperity: Why America Needs Big Banks (2013). He is vice-president, equity research, at Rafferty Capital Markets, LLC. This article is adapted from his report of March 21.

More in this category: « Kindness in the office won’t kill you Our cup runneth over, with bitter brew »
back to top