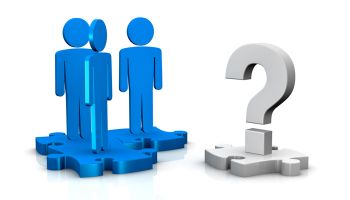 Some community bank acquisitions are by design and desire, and some just come out of the blue.

And indications are that surprises are more the norm than the exception.

At 10 P.M. one night last June, Karen Glenn, president and CEO, First United Bank & Trust, Madisonville, Ky., had a Facebook message from a friend from her hometown, about 45 minutes away.

“My antenna immediately went up,” Glenn told attendees at an M&A session at the National Conference for Community Bankers of the American Bankers Association earlier this year.

Glenn called her friend and asked more questions. She narrowed the target down to two banks in that market. Then she texted her chairman and the pair met at the bank first thing the next morning. They called the first of the banks they suspected were the target and hit pay dirt. The banker and the chairman were told if they wanted to make an offer, that they’d better be quick. The deal on the table was already far along.

“Fortunately, we had all of our ducks in a row and made an offer,” said Glenn. The bank had a financial advisor on call that helped the bank frame the offer, which was accepted.

“We did not have an M&A policy in place,” per se, Glenn explained, but the possibility of a merger had been part of the bank’s strategic plan for some time.

“A lot depends on being in the right place at the right time,” said Glenn.

Not according to plan

The unexpected can also happen from the other direction, being approached to sell the bank.

Charles Umberger, president and CEO of Oldtown Bank, Waynesville, N.C., said that his bank had just wrapped up a three-year plan for exiting denovo status. It was about to submit it to regulators for approval. Then an unsolicited offer came from a bank that wanted to expand into his bank’s market.

“This came out of blue,” said Umberger. “We did not have an M&A policy or any protocols in place.”

Umberger said he had a message for CEOs.

“You should know what your expectations are for board communication,” he said. “You know when to involve them, or you should. The directors must establish those dynamics, from wanting to hear about any offer, or saying, ‘we don’t need to hear about frivolous bottom-fishing, that goes on from time to time, but here’s a threshold’.” Certainly, definite serious offers should be brought to the board, he said.

Moderator Mark Kanaly, partner at Alston & Bird LLP, Atlanta, stressed the importance of being prepared. FDIC has stated in a recent publication that examiners are looking closely at strategic plans, and he said the bank’s M&A stance should be part of that.

“There’s a perception,” said Kanaly, “that if you decide you are going to sell that you are going to raise your hand and hire an investment banker. That’s not what’s happening out there. There’s a lot more being in the right place at the right time.”

Any bank with a strategic plan that mostly sits on the shelf should be dusting it off, Kanaly said, and making sure it is up to date and incorporates the board’s thinking about M&A.

Talk about it today

Rheo Brouillard, president and CEO at Savings Institute Bank & Trust Co., Willimantic, Conn., had acquired another thrift in nearby Rhode Island a few years back. He said advance discussions with his board proved indispensable.

“We spent a lot of time with the board on this, and with senior management,” Brouillard said. He found there are many “social” issues to discuss, but also hard decisions on what the bank would be willing to pay for a target, or what it would accept as an offer. A key issue is whether to accept stock in an acquiring institution, or whether the preference would be cash. This goes a long way towards handling surprises.

“We were unprepared,” said Umberger. “If we had had three or four more years, we would have done this a little more scientifically.” One surprise was that the buyer wanted an all-cash deal.

“When there’s an all-cash deal on the table,” Umberger said, “there is not the potential upside of a stock deal.” Taking stock gives shareholders the chance of a bigger payoff, if the buyer is a growing organization whose shares may rise substantially over time.

In the face of the deal offered, Umberger said, the board and management spent a good deal of time with the valuation consultant who was engaged to determine what the bank was worth.

One thing bankers should expect is a letter from a lawyer.

Kanaly warned bankers that plaintiff’s lawyers—who are typically looking for settlements—often pursue any hint that board members weren’t intimately involved in M&A strategy. This underscores the importance of having directors involved from the get-go.

“Every deal will have lawsuits,” said Brouillard. Kanaly said that 90% of sellers who are publicly held will face a lawsuit from plaintiff attorneys who are fishing for a commission on a settlement.

Glenn said she and the bank’s chairman involved the entire board in the process of buying the unexpected target, keeping the directors informed.

“We left nothing for them to wonder about,” Glenn said. “No surprises. We kept on educating them.”

Interestingly, she said that price was one of the easiest points of the deal. That was arrived at early and simply. The details of the definitive agreement took two and half months to work out.

“That’s where our attorneys earned their money,” she said.

“Sometimes you have to step back and ask, ‘Is this point worth the battle?’” Glenn said. “You have to pick your battles.” The process is very much one of give and take, she added.

Brouillard said pricing is pretty much a mathematical process, based on the bank’s numbers. Along the way of hammering out the agreement, there are surprises, and some issues keep coming up. Even now, he said, his bank has been working on resolving the costs of the acquired bank’s pension program.

People factors must be accounted for throughout the process, according to Brouillard.

“You want to keep as many customer-facing people as you can,” Brouillard explained. “That’s because those people are the connection with the community.”

A reality of a deal, he said, is that such people often fear the acquisition, and “put themselves up for sale” as soon as the deal is announced.

“People get nervous about having a job after the deal is done,” he explained. No matter what steps the buyer takes, change is difficult for people to handle, and waiting to see what develops is something most people are not comfortable with.

Kanaly said communication can help. He suggested showing the target’s employees how their current job will compare to the job they will have in the new organization.