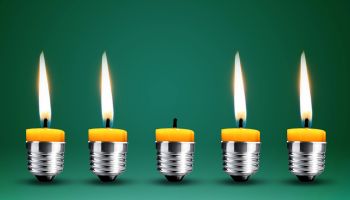 “It’s been a while since we’ve seen a true game-changer,” said Teresa Curran, director of the San Francisco Fed’s supervision and credit division, “but fintech may be one.” She says regulators must find a way to oversee innovation without snuffing out developments everyone would find valuable.

Fintech, like any form of technology, can change overnight, or seemingly so. How many landfills-worth of Betamaxes are still out there, very slowly rusting away? For that matter, how many VHS and DVD players are rotting along with them, as streaming and cloud storage have come to dominate video and audio?

The difference, of course, is that all that media chiefly concerns entertainment. Assuredly a big business, but fintech concerns the nation’s financial system in all its forms.

Banks now face their own technology tribulations, as fintech becomes a larger part of the industry picture, noted Teresa Curran, senior vice-president of the San Francisco Federal Reserve Bank, during a speech April 4 at the annual conference of the Western Independent Bankers.

Curran, the regional Fed’s division director for financial institution supervision and credit, spoke of the promise of fintech for banks and consumers, but also pointed out the potential risks. This included a comment clearly aimed at marketplace lending and whether there were compliance and credit risks embedded in those lenders’ models.

“It’s been a while since we’ve seen a true game-changer,” said Curran. “But fintech may be one.”

She said the challenge for regulators was to strike a balance between oversight and liberality.

“As we develop relevant and appropriate supervisory policy, we have to consider which existing regulations or guidance may be ill-suited to capture this new set of risks,” said Curran. “We also need to be aware that some regulation could snuff out innovation in ways that we as a society might regret.”

Curran works at one of the centers of fintech revolution, being based in San Francisco, and she and a working group at the San Francisco Fed meet regularly with key players to stay up to date on their thinking and activity.

Curran noted that increasingly banks are collaborating with fintech firms, through acquisitions, investments, funding, or lending partnerships, “which range from loan originations to loan purchases to referral arrangements.” Her group meets with state member banks in the district who have or are considering such relationships.

“We don’t yet know which of the various partnership models will ultimately survive,” said Curran, “and it’s probably foolish at this early stage to make any bets—a lot of people thought Betamax was going to win the videocassette wars. But no matter the eventual survivors in this space, fintech is likely to change banking. And everyone, from both the banking and regulatory perspectives, needs to be thinking about the implications of these changes.”

Curran said that bankers seeking collaborative deals had to consider how they fit with their overall business models and strategic plans and with their risk management programs. But beyond this, she said, they need to “be prepared to manage this outsourced relationship consistent with supervisory expectations.”

The Fed official said that fintech could help smaller banks return to product types that many have had to abandon due to high costs, such as consumer lending. But she said banks and fintech players had to be aware of potential downsides.

“Early adoption carries the risk of committing to products and partners that may not survive,” Curran warned, “while waiting too long could mean losing customers and new business opportunities.”

In competitive terms, fintech can be a disruptive change, she said, siphoning off bank customers through speed, convenience, and price, especially in small business lending.

However, she observed—noting that she was concentrating on fintech forms that most directly parallel banking, and not on blockchain and other types—these activities raise risk and policy issues.

“How will models perform over a full credit cycle? How are [Bank Secrecy Act], information security, and customer privacy and data security managed, and by whom? And, importantly, how is consumer protection ensured?”

“It’s conceivable that innovative algorithms, unintentionally or not, could enable new forms of redlining or other unfair credit practices. Bankers and supervisors alike need to learn more about fintech and develop appropriate strategies to capitalize on its benefits and mitigate its risks,” Curran said.

Federal Reserve System staffers have been studying fintech’s implications at multiple levels in multiple groups, according to Curran, bringing together the expertise of supervisors, community development staff, payments specialists, and economists.

The pace of change, the growth in fintech investment, and the number of players, as well as the expansion of consumer and corporate technology, in Curran’s personal view, make these “structural and permanent changes.”

The Federal Reserve Board is rumored to be developing a policy effort around the fintech issue. Last week Comptroller of the Currency Thomas Curry, in a Boston speech, unveiled a white paper reviewing OCC’s views of many fintech issues and seeking comment on the points made and a series of questions asked.

Learn more in  “OCC would balance innovation against risk.”