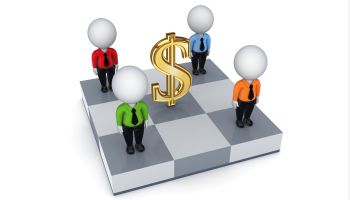 Regulators see capital planning documents as an essential tool for management and board and won't settle for short ones speaking in generalities anymore.

First, as of Jan. 1, 2015, banks had to comply with the new BASEL III capital requirements, including the new “capital conservation buffer.”

Finally, the demise of the market for trust preferred securities has reduced the ability to raise just-in-time capital, which was a prevalent concept from 2005 to 2009.

Every board should ask the hard question of whether or not their bank has sufficient capital to address BASEL III regulatory requirements; navigate the current economic environment; and implement the bank’s strategic plan. If the answer is no, to any of these, management should focus on how much capital is needed, and the board and management should determine the sources for funding those needs.

Most often, institutions under a regulatory order need capital immediately--or what we refer to as just-in-time capital. Many depository institutions did not have a capital plan, and when the time came to implement a plan to address immediate capital needs, it was often too late. Absent deep-pocket shareholders or directors, trying to raise just-in-time capital can be quite difficult from both a marketing and regulatory standpoint if the depository institution is in or approaching a troubled condition.

The regulatory agencies clearly are steering institutions away from the concept of just-in-time capital that compounded the difficulties faced by many depository institutions in 2008 and 2009. Some regulators have even hinted that a comprehensive capital plan may soon be an integral part of the safety and soundness examination process, perhaps showing up as an element in the Capital or Management component of the CAMELS rating system. Some of our clients have already received questions in this regard in light of upcoming regulatory examinations, so it is likely a trend that will only continue to become more frequent and ultimately a requirement.

Even if you currently have a capital plan, it may not chin the bar with the regulators. Traditional two-page or even five-page capital plans are falling short of what regulators expect to see in capital plans.  Such plans are now becoming much more robust and are expected to be a management planning tool rather than simply something that is nice to have.

A strong capital plan is a critical document, as it ensures that there is enough fuel to drive the bank’s strategic plan and ensures that there is adequate insurance against the bank’s risk profile. Every depository institution, even healthy depository institutions, should have a comprehensive capital plan that dovetails with its strategic plan and its enterprise risk management plan.

Components of a capital plan. The breadth and depth of a comprehensive capital plan will, of course, depend on the risk profile of the depository institution. While there is no magic outline for a capital plan, almost all capital plans should have a few critical components:

Just as important as implementing the capital plan, however, is stress testing that capital plan.  Our recommendation is that the capital plan be stress tested at least annually, and perhaps more often than that if the institution’s situation, or the economic or regulatory environment warrants more frequent testing.

Robert Flowers and Brian Marek are partners in the Dallas office of Hunton & Williams LLP. They focus on the corporate and regulatory representation of commercial banks, thrifts, holding companies, and other financial institutions. They can be reached at [email protected] and [email protected]