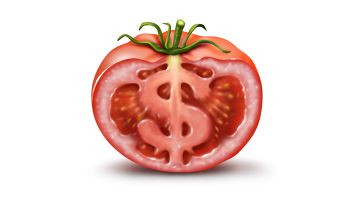 So you think you might want to start a new bank? If that is the case, as a big believer in community banks, I really wish there were more like you.

To say there has been a lack of new banks in the last six years would be an understatement. Prior to the Great Recession, there were new banks formed at the following rate:

So if you want to form a new bank, congratulations!

A new bank in the industry parlance, by the way, is referred to as a “de novo.” I suspect that is French for “something new.”

Why we have continued to use that term for new banks for the 40 years I have been in this business, I have no idea, but that is what they are called.

We’ve had our French lesson. Now, what does it take to start a new bank?

Ingredients for a de novo

Well, let’s start with some of the basics.

1. Get lots of money together.

No, you do not have to be rich personally to start a new bank. You just have to know some people who are. Forming a new bank will require the bank to have enough capital to maintain an 8% leverage ratio through the end of its third year, based on its financial projections.

So, for example, if your new bank is going to be $250 million in total assets at the end of its third year, you will need to raise about $20 million in order to obtain the charter.

And that is the minimum. If FDIC determines there is some unique risk in your proposed charter, then the requirement could be higher.

2. Decide who is going to run the bank.

Not just anyone can run a bank. Or maybe anyone could run a bank, but not from a regulatory standpoint. To jump through that hoop, you need to find a seasoned CEO of an existing community bank or previously healthy community bank that sold.

You also need to find a couple of other seasoned senior officers, as well as a board of directors that, while not maintaining quite as much “seasoning,” still has some folks on it who have possibly been directors of community banks previously, or know something about the industry.

The era of establishing a board of directors of a new bank, anywhere from 8 to 15 people typically, made up of individuals who are simply pillars of the community with no banking experience is over.

So you need money (i.e., capital), you need management, you need a board of directors that is competent, and you need regulatory approval.

Every new bank must be approved by FDIC for deposit insurance—whether the bank is pursuing a state or federal charter. That, frankly, is a pretty overwhelming task on its own. FDIC publishes pounds of material on its website and other places that tell you how to go about forming a new bank, so I will not get into that here.

Also, because your new bank will either be a national bank (i.e., a national charter granted by the Office of the Comptroller of the Currency, a division of the Treasury Department in Washington, D.C.) or a state-chartered bank (i.e., a charter granted by the particular state in which the bank is located), your group will also need to obtain approval of either OCC or the appropriate state regulator, respectively, in addition to FDIC’s approval.

The FDIC and state/OCC chartering process and approval is daunting, to say the least.

Daunting and time-consuming is more appropriate.

You have to figure, if you can get your bank up and running between a year and 18 months after you sit down at that first meeting in somebody’s living room, you have done a nice job.

Keep in mind that all the news is not bad. FDIC, for example, recently announced that it had shortened the “de novo period” from seven years to three years.

Let me put that into context. The de novo period is the time during which FDIC, as a deposit insurer, keeps a much closer eye on the bank than it does later.

Anyway, FDIC is making motions toward making it easier for de novo banks to obtain FDIC insurance. OCC is also making noises in that regard. In fact, in a recent meeting, OCC indicated that the amount of capital that it takes to start the new bank was “negotiable.”

The states are generally a little bit easier because they are all looking for new state chartered banks. After all, new banks mean new jobs and new sources of potential community growth.

De novos in the future

So the whole process, theoretically, is getting easier.

Not that I expect a real flurry of de novo banks, but it will be nice to see several, particularly in this consolidating environment.

As the industry consolidates, hopefully that will create a “vacuum” in certain market areas. Once that vacuum is created, at least historically, pillars of the community, those rich and smart investors referenced earlier, will get together and determine they would like to start a new community bank to serve their community.

Let’s hear it for the de novos!

More in this category: « 4 more critical questions for community banks Employee theft surfacing »
back to top