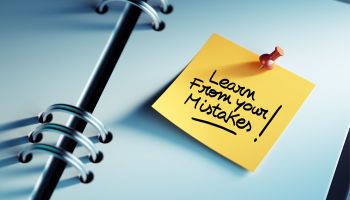 There were two articles in the financial press this week that suggest to me that some bankers just don’t get what’s been happening to them the last few years.

Going back to CDOs

The first was the story about how Citibank earned enormous profits from trading CDOs (collateralized debt obligations) in the years following the near collapse of the banking system and the financial turbulence of Citigroup itself that required emergency help from the TARP program during this same period.

Citi was one of the biggest “victims” of the implosion of the CDO beginning in 2008. It took asset write-downs on its portfolio of these and similar securities of a several billion dollars, reportedly. And this week we learn from a Bloomberg news article that the bank plowed billions back into that same market to finance active trading in those same types of instruments.

This took some doing as the Volcker Rule, a key provision of Dodd-Frank reform efforts, targets just this sort of activity by placing strict limits on a bank’s proprietary trading. The rules are murky and difficult to apply precisely. That may have complicated any compliance efforts by the bank or its supervisors.

Let’s be clear about something: The strategy, executed with finesse and sophistication by a Ukrainian-born national who cut his teeth in the securities business at Salomon Brothers, was an enormous success in financial terms. It required guts, intense concentration, and an intimate knowledge of financial and accounting rules—a marvel, in other words of financial engineering and risk taking.

And if so, what about the “optics?”

Focusing on the real point

The fact that the strategy was so financially successful is beside the point. The political and regulatory environment turned decidedly risk averse following the banking crisis and the implementation of the $750 billion TARP program. So this must have seemed counter-cultural at the time.

What if the strategy had failed? Could the bank have collapsed, given the strident public and political aversion to “bail outs”?

In the political environment that has prevailed during the last seven or eight years, what would the political consequences have been to the major players in our industry and to the regulatory authorities that were supposed to be tending to risk management oversight?

To be sure, we only have the Bloomberg article that reported on the strategy this week. But it seems counterintuitive from a risk management and reputation risk perspective to me.

[Read more about this on Bloomberg in Michael Regan’s Gadfly column, “Citigroup Made CDO Bonanza In A Blur,” and in Bloomberg Magazine’s "The Alchemist Who Turned Toxic Assets Into Gold”]

Now the Dodd-Frank fight will commence

Now that the presidential primary season has concluded, Republican legislators are turning their attention to activities aimed at repealing provisions of Dodd-Frank, with particular emphasis on the Consumer Financial Protection Bureau.

Here’s another example where in my mind bankers just don’t “get it.” The bureau is a direct consequence of banking industry practices and behaviors deemed injurious and misleading to consumers. While bankers (with considerable justification) don’t like the end product, Dodd-Frank’s public hearings and the general “odor” in which many banks and bankers are judged based on revelations of 2008-9 seemed to fully justify a strong legislative response.

Sen. Elizabeth Warren (D-Mass.), often considered the parent of CFPB, wrote about her longstanding belief in the need for such an agency in her 2014 book, A Fighting Chance. (It’s not sacrilege to read it, and understand somewhat were this frequent critic of the industry is coming from. Read my review.) She dates her idea for an agency such as the CFPB from her authorship of an article in 2007 while a faculty member of Harvard Law School. This was nearly four years before announcing her candidacy for the U. S. Senate in 2011.

I note this only to point out that Senator Warren came to her views on CFPB well ahead of her formal involvement in elective office.

Fair-minded persons should read Sen. Warren’s book not from the perspective that she’ll change many minds. Rather, I think it’s useful to judge whether her position is starkly ideological or tinged with a realism born of her behind-the-scenes work over the years in the overhaul of the nation’s bankruptcy laws.

Major bankruptcy reform was enacted in 2005 and predates the political activism that it may well have spawned in Professor Warren’s views.

Let’s clean up our act

If I were spearheading the industry’s reaction to the CFPB, I’d emulate the advice of the late C. R. Anthony, the head of the midwest department store chain bearing his name and a director of my bank in Oklahoma City. Mr. Anthony was fond of saying, “If you find yourself in hell, brag on it until the devil lets you out.”

In other words, rather than railing against the provisions of Dodd-Frank, why didn’t we first acknowledge the problems and work hard to fully and finally eliminate them?

Then, and only then, with “clean hands,” so to speak, we could have had more honestly and appropriately begun the political process of gaining support for major changes in the legislation.

We are all screaming at each other it seems but we don’t control the megaphone anymore.

Let’s start using our heads, acknowledge the sources of public anger and frustration, and … simply implement the fix.

Can’t we do that? The lobbyists and the trade associations have not yet exercised a constructive role in this process.

More in this category: « Who will you hire next? Cheer up! Competition is good »
back to top