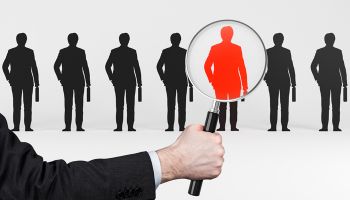 Based on my travels around the country visiting with boards of directors and senior officers of community banks, it appears there is a general shortage of qualified senior executive officers for community banks. This seems odd to me since we are in a period of consolidation.

Generally, at such a time, there are lots of qualified, seasoned, community bank senior executives—from CEOs to senior lenders—looking for work. That does not appear to be the case this time around. I suspect this is in part because much of the consolidation has been driven by retiring senior executives.

As I have indicated in previous blogs, it is not uncommon for me to enter a boardroom and find that not only is the board 65+, but the top three or four executives are well into their 60s as well. When their community bank is acquired, these executives are simply not looking for additional work other than to stay on with the purchaser for a couple of years to make sure the deal is successful.

As a result of this environment, many community bank boards are struggling with the issue of how to attract and retain current management personnel.

The retention component is a very real issue for boards. How do you actually keep someone you want to keep? (Of course, this is less of an issue for those the board wants to encourage to leave.)

Normally when a community bank considers the topic of attracting and retaining key personnel, there are several issues that need to be addressed. These include:

Although we hear that cash compensation does not drive the younger generation as much as it may have the older generation, the younger bankers still need to live and support themselves and their families.

Cash compensation is easy to determine and negotiate. What appears to be a problem in this environment is the fact that if, for example, the community bank wants to bring on a Chief Lending Officer, the cash compensation portion required by that individual may not be within the structure of that bank’s overall compensation scale.

In other words, the community bank may put its entire cash compensation system “out of whack” by bringing in an executive at $135,000 a year, when everyone else’s comparable pay level is $110,000.

There are plenty of options. They simply have to be considered.

Incentive compensation is also critical when the community bank is trying to attract and retain key personnel.

Incentives come in all shapes and sizes.

What the community bank board needs to be aware of is that the bank will definitely “get what it incents.”

If the bank makes incentive payments for good asset quality, it will have a very conservative credit culture.

If the community bank makes incentive payments for generating loans, it will have lots of loans. And they will be irrespective of the credit quality unless the bank also has some credit quality factor tied to the incentive.

Often when the community bank considers incentives, the board must determine which type of incentive is most appropriate: an individual incentive or a group incentive, based on return on assets or return on equity.

Also, if it is to be effective, the incentive must deal with something that is within the employee’s control.

Incentives can be as creative, as simple, or as complicated as you like. The key goal, however, is to decide what the board wants to occur, and then design an incentive that is an actual incentive for that individual officer to reach.

An illustration of my point: I recall one community bank client that incented its officers to reach a 15% return on equity. The bank holding company had created an officer incentive pool from which all of the senior officers received a portion.

I asked the CEO if the return on equity had ever exceeded 15% during his 20 years at the bank. His response? “Why?”

In other words, he was not incented to exceed 15%—he was incented to get it to 15%. Why do anything further than that?

For closely-held banks, providing real equity is typically not an alternative. In a Subchapter S institution, there may not be enough shareholder “slots” to add several senior officers to the shareholder list.

In these situations, stock appreciation rights or phantom stock or some other “synthetic” equity makes sense. Generally, however, to attract and retain key personnel, some type of equity must be addressed.

This is in addition to the contributions the holding company makes to the ESOP or KSOP. In this way employees to build up wealth through the ownership of holding company stock, giving them an incentive to make the shares more valuable.

These types of incentives are similar in that they are agreements to pay monetary benefits to employees in the future in case of death, disability, change in control, retirement, and, in some cases, termination of employment.

Deferred Compensation Plans simply put off the payment of an amount of the executive’s compensation with an interest accrual for future benefit payments.

SERPs are contractual agreements to pay the executive a certain amount of additional retirement benefits in the future. Often the plans include a vesting schedule so that the benefit amounts depend on how long an employee has worked at the bank.

Both types of benefits are often matched with the purchase of Bank Owned Life Insurance (“BOLI”) to offset the liability on the financial statements. The company benefits from tax deferred accumulation inside the policy, and, in most cases, the policy can be structured in a way that allows the company to recover its cost.

Employment contracts are often utilized to hold onto senior executives.

When considering an employment contract with change-in-control provisions, two regulatory issues need to be addressed.

a. Internal Revenue Code Section 280G, which deals with excess parachute payments. The bottom line of this is that most employment contracts for community banks are limited to the 280G limitations, which as a practical matter, are 2.99 times average five years’ compensation (all in).

In the typical situation, if the payment to the executive exceeds the 280G limitation, the executive pays a 20% excise tax on the excess and the bank loses its deduction for compensation expense for the excess.

Also, if the target institution with change-in-control is a troubled institution of any type—state, national, holding company (any institution regulated by the FDIC, Fed or the OCC) —then Part 359 of the FDIC regulations applies and prohibits the troubled institution from making golden parachute payments, with some limited exceptions, without FDIC’s approval.

In any event, the market to attract and retain key personnel, particularly in rural areas, is getting even more difficult. Community bank boards should consider all the opportunities and all the tools set forth above, even if some of the tools are those the board has rejected in the past.

More in this category: « Does your board “get” tech? Politics beckons. Should your bank follow? »
back to top