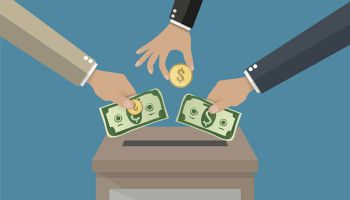 A simple press announcement in September reflected several current banking trends: the need for growth, the need to differentiate, and increased interest of fintech companies to work with banks.

Fresno First Bank, an 11-year-old bank with just over $300 million in assets, serves primarily businesses and business owners in California’s Central Valley. The bank is a big Small Business Administration lender, largest in its region by volume. Yet, like many banks, it has been exploring options to help it break out of the pack.

As CFO Steve Canfield explains, Fresno First goes after the same business customers as everyone else in its market—typically established businesses that are safe and steady. There are two problems with this, he says, first, banks “beat themselves up” on loan rates and terms for these companies, and second, these companies are not usually fast growing, which limits the bank’s growth prospects.

With an eye on the large pool of businesses that range from startups to those with about $25 million in annual revenue, the bank struck a deal with the three-year old fintech company Breakaway Funding, LLC. The deal enables the bank to offer what the two companies call “hybrid crowdfunding.”

Described on Breakaway’s website, the platform matches investors with businesses requiring capital and helps position those companies for funding by traditional community banks.

“This hybrid ecosystem provides investors with new opportunities; companies with new sources of capital, and financial institutions with a steady stream of qualified business with which to build relationships and stay relevant,” the site says.

“It’s an opportunity to bank people who traditional banks, including ourselves, would not bank,” explains Canfield. He says nobody in the bank’s market area is doing this, which addresses the need for differentiation. The arrangement with Breakaway, which is not a partnership and does not require the bank to make loans, is the first hybrid crowdfunding deal Breakaway has done in Central California. The company, founded by former community banker Kim Kaselionis, has completed financing transactions with several financial institutions, including a credit union, in the northern part of the state.

How crowdfunding and lending work together

Here’s how it works at Fresno First Bank: Companies that raise a minimum of 10% equity capital through Breakaway’s program may be eligible for bank financing through one of several loan programs including SBA 7a and 504 and a state program for small businesses.

Canfield says the bank still looks at traditional metrics and may decide not to lend to a particular company. However, when things come together, the equity component allows the bank to make a traditional loan at an earlier stage in a company’s lifecycle. The company might be only two or three years old and in a pre-profit, or possibly even pre-revenue, stage.

The hybrid equity/loan arrangement can be attractive to certain young companies where the owners want to minimize dilution, Canfield explains. So, for example, they may opt to raise just $250,000 in crowdfunded equity and borrow $250,000 versus using only equity for the full amount.

Other details: The bank requires a minimum equity contribution of 10%; the minimum loan size is $250,000 with terms ranging from one to ten years; real estate loans are acceptable.

The bank has made a $10 million loan portfolio commitment as part of the arrangement with Breakaway. Canfield says this is a starting point, and, if the program is successful, the bank will consider increasing the commitment.

The regulators were consulted prior to launching the program and were generally encouraging, according to Canfield. “They don’t want anything to weaken the bank, but they like that this program is fostering new businesses and helping to serve underserved communities,” he says.

Canfield adds that referrals flow back and forth between the two companies. In the past, he says, when they couldn’t bank a company they would refer it to various government programs. “Now we refer them to Breakaway. Then maybe in a year they will be bankable for us.”