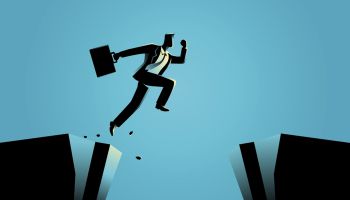 Private equity had high hopes for bank investments coming out of the financial crisis, but in many cases the returns have fallen short of lofty expectations.

The returns the PE firms backing Cascade are set to receive fall nearly in line with other private equity investments in publicly traded community and regional banks based on weighted average cost basis of the investors, according to research conducted by Hovde analysts Joseph Fenech and Kevin Fitzsimmons published in October 2014.

Using that research and updated pricing information, bank stocks with private equity backing continue to trade well above the investors' weighted average cost basis, particularly with the recent rally in the group.

Not all hurdles overcome

That annual return might be below return expectations for many private equity deals, but is impressive when compared to the status of the deal two and a half years ago, when the investment was close to 50% underwater.

The return Carlile, whose backers included Stone Point Capital LLC and Castle Creek Capital LLC, generated for investors is less clear. Carlile raised $328 million in capital in the fall of 2010 but the entry price was not disclosed. The bank grew considerably through acquisitions while offering shareholders dividends. Before the sale to Independent closes, Carlile shareholders are set to receive an additional $55.3 million cash distribution.

Some other private equity exits from the bank space over the last 18 months have produced even stronger returns.

For instance, Lightyear Capital, a backer of Cascade, appears to have earned even stronger returns on two other transactions announced in the last year and a half. Lightyear was among a group of investors that doubled their investment in Community & Southern when it agreed to sell to Bank of the Ozarks Inc.

Lightyear was also an investor in Piedmont Community Bank Holdings, an entity that grew through acquisitions before becoming VantageSouth Bank. VantageSouth eventually merged with Yadkin Financial Corp., which in turn inked plans to sell to F.N.B. Corp. in July.

Lightyear's initial investment in Piedmont is unclear, but the investment appears to have grown fourfold between the timing of the VantageSouth/Yadkin merger and the surviving company's agreement to sell to F.N.B.

Another entity with private equity backing, EverBank Financial Corp, also agreed to sell fairly recently. While a number of private equity firms supported EverBank, Sageview Capital LP was the first firm to invest in the institution back in July 2008. From that point through Nov. 28, Sageview appears to have earned a 153.7% return, or 18.4% a year, inclusive of dividends and partial sales of its investments a few years ago.

There have been other deals that were clearly home runs this cycle.

Private equity firms backing BankUnited Inc. and OneWest received 2.7x and 3.76x their respective investments, while investors in Square 1 Financial Inc. saw their investment increase almost fourfold in five years based on the weighted average cost of basis of the investors, according to the Hovde analysts.

Many groups had hopes of achieving the same high-flying returns, and some believed they could repeat the success many investors achieved during the savings & loan crisis in the late 1980s and early 1990s, when fortunes were amassed buying real estate assets on the cheap. However, results appear to have fallen short of many PE firms' desired returns.

This article originally appeared on S&P Global Market Intelligence’s website under the title, "Who made the grade in the private equity scorecard?"