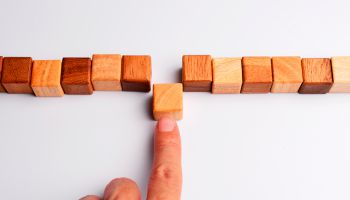 But, if those changes do not materialize, or if they do but their full effects take years to realize, as is often the case with shifts in policy, the consolidation of small lenders that has permeated the banking landscape in the post-crisis era could continue well into 2017.

Analysts say many would-be sellers are still wrestling with lofty compliance costs and, at the same time, are looking at the more valuable stocks of buyers who have benefited from a market run-up in the final two months of 2016. The SNL U.S. Bank index has gained more than 20% since the Nov. 8 presidential election.

Analyst John Rodis of FIG Partners noted in a December interview that, while investors are sanguine, bankers will recognize that uncertainty around how change will develop under Trump looms large, given that the president-in-waiting is a political newcomer.

As such, Rodis said, several small banks may prefer to sell early in 2017, forging their operations with larger players that can more easily absorb regulatory expenses and continue to see their stocks rise.

Trend could drive mergers of equals

Increasingly, some analysts add, as the M&A cycle continues more community banks of similar size may join forces in mergers of equals.

While such deals present unique challenges and therefore have historically proven relatively rare, they present smaller banks with a way to instantly gain heft while allowing executives to continue working on the businesses they have toiled to build.

Going this route, bankers can at once use newfound size to better ingest compliance costs and extend their leadership runs to help guide a company into what they hope will prove a more prosperous era in coming years, as opposed to simply cashing out and walking away.

"I think we do see more banks partner up in MOEs" next year, Keefe Bruyette & Woods analyst Catherine Mealor said in a December interview.

Mealor pointed to the most recent such deal announced this year as a prime example of what she anticipates seeing more of in 2017: McLean, Va.-based Southern National Bancorp of Virginia Inc.'s play for Eastern Virginia Bankshares Inc. near Richmond for $178.3 million in stock.

The two companies billed the transaction, announced in December, as a true MOE, emphasizing that they are merging their boards and leadership teams to oversee a meshing of the banks.

The aim is to quickly create a much larger combined bank—it will have about $2.4 billion in total assets—that can capitalize on Southern National's strong presence in the economically robust and therefore ripe lending markets around Washington, D.C., and Eastern Virginia's strong low-cost funding base in more rural areas of Virginia.

The greater scale also would allow the two together to operate more efficiently, trim expenses and offset high regulatory costs.

In an interview after announcing the deal, Southern National President and COO Roderick Porter acknowledged the challenges inherent in an MOE: Combining leadership teams involves a lot of compromise and some related ego bruising for high-ranking executives and directors who are accustomed to setting strategic direction their own ways, as opposed to conceding authority at times to another bank's leaders.

But Porter said if two banks recognize such threats at the outset, they can make clear plans to divvy up leadership and oversight responsibilities in ways that can please both sides. That noted, he emphasized that while leaders from both banks will converge and guide the combined company, the most important merits of the Southern National-Eastern Virginia deal are centered on expectations that a more efficient merged bank will generate stronger earnings for shareholders.

The deal will have "tremendous impact on earnings" in coming years, Porter said.

KBW's Mealor said that the likes of a bigger, post-merger Southern National that is generating strong earnings would eventually become an appealing target for a substantially larger buyer. Were a bank such as this to sell at a premium down the road, it could beget another meaningful gain for shareholders.

Of 280 bank and thrift M&A deals announced in the U.S. in 2015, only nine were considered MOEs by S&P Global Market Intelligence. Of 242 deals announced to through Dec. 21 of this year, 10 were labeled MOEs.

"We have not seen a lot of these," Mealor said, "but I think there is reason to believe we will see more."

This article originally appeared on S&P Global Market Intelligence’s website under the title, "On the M&A front, watch for more MOEs in '17"