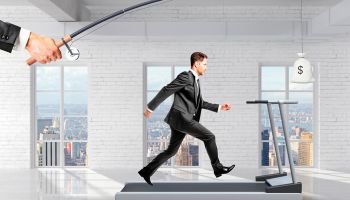 Employee incentives always are an issue of interest—and of concern—among senior management teams and human resource professionals in financial services organizations. Their continuing importance was confirmed recently in the 2016 Financial Institutions Compensation and Benefits Survey, conducted by Crowe Horwath LLP.

Every year, participants in this annual survey rank the relative importance of various human resource issues on a scale of one to five, with one indicating an issue of low importance, and five indicating high importance.

In the 2016 survey, “motivating employees for better performance” received the highest rating of the nine issues listed, with an average rating of 4.5. Of the 378 bank executives responding to the survey, 82.9% said they were concerned about this issue. Interestingly, this finding tied in with another very closely related issue—“retaining and motivating the right people”—as the issue of highest importance. 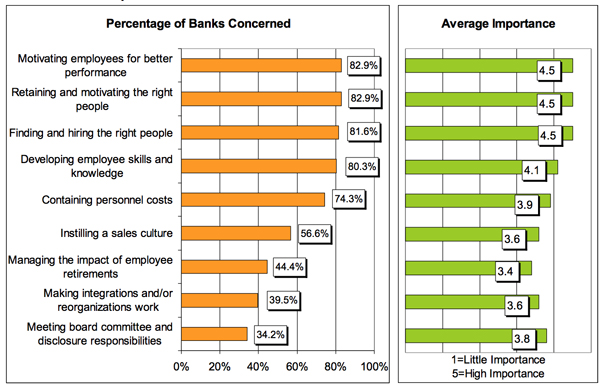 The high level of concern over how to motivate better performance also is reflected in the ways banks choose to structure their compensation packages. For example, the Crowe survey responses indicate that the ratio between cash incentives and cash base pay has shifted noticeably over the past five years.

Exhibit 2: Incentive Compensation to Base Pay

In addition to reflecting improved industry performance that led to higher payouts, these responses also suggest a wider use of performance-based incentives overall.

Board oversight: cause for concern?

Despite concerns about improving employee performance, and despite the apparent financial commitments banks are making toward cash incentives, the survey indicates several areas in which there are still opportunities for improvement. A key area is the involvement of senior bank management and boards in the design, implementation, and supervision of incentive programs.

In 2010, the Federal Reserve, the Office of the Comptroller of the Currency, FDIC, and the since-merged Office of Thrift Supervision issued “Interagency Guidance on Sound Incentive Compensation Policies.” Among other points, the interagency guidance specified that incentive compensation programs should be subject to strong corporate governance including active oversight by the board of directors. The 2016 Crowe survey indicates many organizations are still falling short in this area.

For example, when asked about their incentive plan design and governance strategies, barely more than half (55.2%) of the respondents in the 2016 survey said their board compensation committees reviewed and approved their plans.

As shown in Exhibit 3, this number has increased only marginally in the years since 2010 when the guidance was issued. After rising somewhat, it has fallen to close to the levels of 2010.

In addition, only 25.5% of the 2016 respondents said their incentive programs were reviewed by a top management oversight committee.

Put another way, the survey tells us almost two-thirds of the responding banks do not review their plan documents annually to determine if they are still appropriate, effective, and in compliance with any recent changes in regulatory guidance.

Even more telling, almost four out of five banks are unable to say if their incentives actually are generating a positive return on the costs they incur.

“How am I doing?”: incentives versus bonuses

In addition to the need for stronger board and management scrutiny, the 2016 survey results also suggest opportunities for improvement in the design of the incentives themselves.

For example, of the various types of incentive plans cited in the survey, the most widely used type is a simple, annual discretionary cash bonus (Exhibit 4).

Such discretionary bonuses, based primarily on managers’ assessments of employees’ performance, prove inherently less effective than incentives that are tied to specific, measurable goals and achievements. 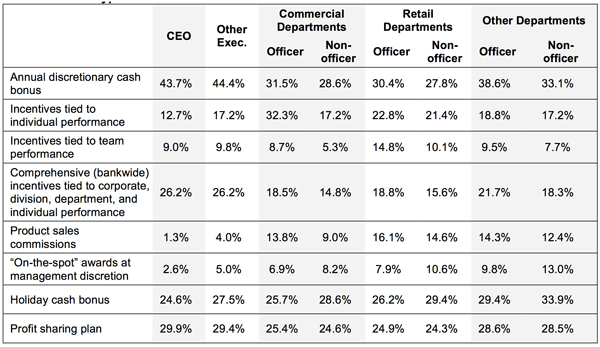 Furthermore, Exhibit 4 illustrates that corporate profit-sharing plans and holiday bonuses also are widely used. While such incentives can help build loyalty, they generally have little direct effect on specific employee behaviors or activities.

Why? The average employee sees very little direct connection between his or her individual performance and the incentive being awarded, and thus has no way to identify specific behaviors or practices that could help boost his or her bonus.

On the positive side, the survey demonstrates that incentives tied to individual or team performance, along with comprehensive incentive programs that consider both organizational results and individual performance, are relatively popular.

Unfortunately, however, such programs most frequently are applied solely to executive positions. Nonofficers in retail, commercial, and other departments are much less likely to have access to such incentives—presumably because the relevant metrics for such positions are more difficult to define.

The banking industry recently has endured a series of headlines about employees accused of creating phony customer accounts to meet their sales targets. Such incidents illustrate the importance of well-designed incentives based on appropriate metrics—and the dangers of relying too heavily on narrowly focused measures that inadvertently could encourage bad behaviors.

Experience tells us the most effective incentive programs are well-balanced—incorporating a mix of both quantifiable metrics and management discretion. The metrics themselves should address both individual and team performance, and should balance sales or revenue-oriented metrics with more qualitative indicators such as customer service ratings or customer retention figures.

The most effective programs also generally are simple to comprehend. The overall design and principles should be readily understandable, even if the calculations that determine the exact incentive amount might encompass a number of factors. Employees should be able to see a direct connection between their day-to-day work and the performance measures that are used to determine their incentives.

Even the best program will lose impact without regular, consistent reminders and reporting. For example, while some incentives might be awarded once a year, there should be regular updates—quarterly, monthly, or even more frequently —that let employees see exactly how they progressing toward their goals. Frequency of reporting and payout is particularly important for employees in retail or operations areas.

They are not a substitute for sound management. In addition, performance targets should not be the sole factor managers consider when judging their employees’ overall effectiveness and value to the organization. Too much emphasis on “making the numbers” can lead employees to overlook other behaviors and practices that are important to a bank’s success.

By designing incentives that are directly and visibly tied to desired behaviors and achievements, and by implementing the incentive program in a way that maintains perspective, banks can use employee incentives to help improve bank performance, manage risk, and ultimately add value to the organization. 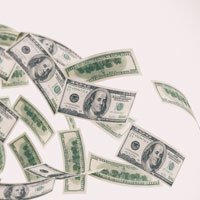