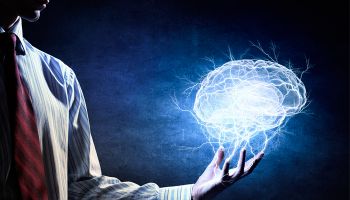 Community banking expert has spent years working with bank boards. In this week's blog he gives a reading of key issues they are thinking about.

I recently had the opportunity to facilitate a discussion among a group of outside community bank directors at the American Bankers Association National Conference for Community Bankers. I began the meeting by asking the group of directors “What’s on your mind?” Of the issues that were raised, three or four major things were discussed in some detail.

The first issue was the directors’ collective concern about the ability of their community banks to attract and retain new directors.

The general acknowledgement was that the community bank director base is continuing to age fairly significantly, which means there is a need to get not only additional skillsets but also new and younger blood into the boardroom.

As the discussion continued, it became clear that most of the directors believe the major impediment to attracting new directors is an age-old “favorite”: the potential liability associated with being a board member of a community bank.

Having sued many bank directors on behalf of the FDIC in my checkered past (long, long ago), I felt that I had a pretty good handle on the issue of director liability. Having also been a director of a bank in the past, I felt I had personal experience and a personal assessment of liability issues that I could share with the group.

I shared my assessment of director liability issues as follows.

First, in my opinion, the risk associated with being a community bank director is, for the most part, manageable.

The sources of liability that come to mind when discussing community bank directorship include:

• The bank could fail.

• You could get sued by your shareholders.

• The regulators could bring civil money penalty actions against the directors for something that they have done or failed to do, such as a Regulation O violation or a legal lending limit violation.

My assessment of the risk—for most directors—of a bank failure is zero. Even though 462 banks failed during the Great Recession, that was still a small number of the outstanding charters. For most community bank directors and potential directors, the risk of the bank failing is close to zero.

The second risk is a suit by shareholders. Fortunately, in community banks we do not see very many such suits. Even if we did, it would be more of an annoyance than a true financial hardship. Frankly, that is why board members maintain directors’ and officers’ liability insurance. Nobody likes to get sued, but insurance coverage, if it is appropriate (you might check it), should protect the director completely from any fees or judgment.

It will not protect against the aggravation factor, but that is still not much of a risk.

The third risk is the regulators assessing civil money penalties for some violation of a law, rule, or regulation. Frankly, I view this as the most realistic and greatest risk—even though I put its likelihood for most banks in the negligible category. (But take heart—civil money penalties these days typically do not exceed a maximum of $1,924,589… per day.)

Although a civil money penalty can be issued for any violation of law, rule, or regulation, the regulators historically have been pretty judicious in bringing penalties. The violation has to be egregious, repetitive, etc., before that happens. Even if it gets to that point, for the most part those penalties, while not nominal, are not going to eliminate somebody’s net worth.

So on the issue of attracting and retaining, as I advised this group of outside directors, it seems to me the risk is manageable.

The second major issue that was on their minds was getting directors off the board when they no longer serve a useful purpose. About half the banks in the group indicated they have mandatory retirement ages for their board. The ages ran anywhere from 72 to 75.

Is mandatory retirement a best practice?

I advised the group that I did not think it was. I view it as a practice that boards engage in because they are all “too nice” and cannot make the hard decisions about getting ineffective directors off the board when it is appropriate to do so.

What good is a 75 year old mandatory retirement age when the “idiot” on the community bank board is 55?

He or she will remain on the board for another 20 years. It seems to me, as I advised this group, the best practice is to do the hard thing. If you have a director at any age not pulling his or her weight, then he or she needs to be either remediated or removed.

Frankly, a mandatory retirement age is what boards do when they do not have the fortitude to do anything else.

How deep for “directors”?

The third major topic discussed by this group related to how deep their involvement should be in the management of the bank’s affairs.

I advised them that they should not have any involvement in the “management” of the affairs of the bank. The director’s job is to direct, supervise, establish policies, hire management they can trust, and provide oversight for the bank.

As I advised this group, if they find themselves micromanaging the bank, then they need to get rid of their management and find a management team in which they have confidence.

At no point is it the board’s job to micromanage. Although a director’s job is to direct and not be led, that still does not mean micromanagement.

If you do not like what the CEO is doing, then get rid of the CEO. Do not start micromanaging the community bank.

The fourth issue that was discussed had a little more to do with the director’s self-interest. More specifically, it involved compensation of the board.

Numerous directors shared board compensation practices. All of them came down to the issue of how much they wanted to pay each of their directors for serving on the board and how is it to be broken out.

The general consensus was that the board, on management’s recommendation and budget, needs to determine how much the bank is going to pay the directors each year in total (e.g., $15,000). Then the board can figure out how it ought to be broken down as a practical matter.

More in this category: « Can America grow new banks again? Don’t let carelessness blow up your Sub S »
back to top