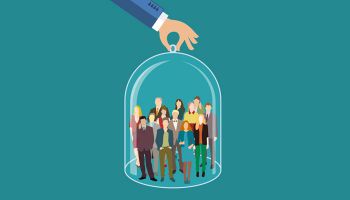 For most community banks, the most valuable asset is the strong members of the staff. But talent knows its price, and, today, people will walk to where the money is.

How do you protect your franchise players?

No, this is not a blog about the NBA, the NFL, or the NHL. I’m going to discuss protecting the franchise players in your community bank.

I have met with numerous boards over the last couple of months who are very concerned about retention of key personnel. They are concerned about attracting new people as well, but the current focus is on retaining their key or franchise players.

A franchise player is usually defined as an individual whose departure to a competitor would hurt the community bank significantly.

Before I go further, a warning for those who don’t think their key staffers would leave: Many of the expansion-minded banks I work with will not even consider geographic expansion without a “lift out” of a key group of franchise players from a bank already in their target market.

The threat is real.

It may be a commercial lender. It may be an IT person. It may be a strong CEO. Regardless of title, the target will generally be somebody who generates revenue for the organization. The key issue is how to retain that individual (or more often, the team).

My general recommendation is that the board of directors of a community bank consider numerous ways to place golden handcuffs on these franchise players.

All of these methods involve some type of deferred benefit, the risk of loss of which is significant for the franchise player. Bear in mind that any type of benefit a community bank provides for its franchise players needs to be consistent with the federal regulators’ Guidance On Sound Incentive Compensation Policies.

Within that regulatory framework, however, there are multiple available alternatives. Common benefits that can help retain key players include:

SERP. One of the most frequently utilized employee benefits for community bank executives is the Supplemental Executive Retirement Plan.

Such plans are agreements by the company to pay a certain amount of additional retirement benefits to the executive in the future. These deals are designed to boost retirement and other benefits over and above the amounts in qualified retirement plans.

Often the plan has a vesting schedule so that the amount of the benefit depends on how long an employee has served, and the employer usually matches the benefits with the purchase of bank-owned life insurance (BOLI) to offset accrued liability and to eventually repay the bank for benefits paid.

Stock grants. Another common benefit is restricted stock grants. This is a grant of shares of stock (or phantom stock). The shares come with various restrictions that prevent the key player from obtaining the value of the grant of the stock until some point in the future when the restrictions are lifted.

Because a restricted stock program is a non-“qualified” plan—unlike a 401(k) or something similar—the board can place any restrictions it wants on the shares.

Often this includes a certain targeted return on assets over a certain period of time, but there are numerous possibilities. If the carrot on the end of the stick is big enough, then it is unlikely the franchise player will leave prior to the restrictions lapsing.

The only circumstance when the latter might occur would be if and when it becomes clear that it is impossible to meet the restrictions and obtain the value of the shares.

Phantom stock and stock appreciation rights are also non-qualified plans that can have some of the same effects as restricted stock and can have the same type of restrictions on them.

As a practical matter, these are cash bonus plans with the bonus tied to the value of the phantom shares or appreciation rights granted. The difference is that no shares of stock are actually granted—only the value (or increase in value) of shares.

401(k) plans and 401(k) ESOPs (known in the business as KSOPs) are other qualified plans that make sense, and they have the benefit that certain vesting restrictions can be placed on the shares in the plan. The nice thing about an ESOP/KSOP is that it allows the employee to obtain equity interest in the company.

Keep in mind, ESOPs and KSOPs are applicable to every employee in the bank, not just franchise players. After a period of years, however, the franchise players (i.e., the most highly compensated) will likely end up with the biggest chunk of the stock in the plan.

One other tool that serves as golden handcuffs to key employees in the presently consolidating environment is the change in control payment.

This is a simple contract that entitles the franchise player to a certain amount of money if he or she is on the job and not terminated for cause at the time a change in control (typically an acquisition) consummates.

• In a C corporation, IRS Section 280G limits the change in control payment to a maximum of 2.99 times the executive’s five-year average annual compensation.

• In an S corporation, the 280G limitations do not apply.

The change in control payment protects the executive in the event that the board receives an unsolicited offer it cannot refuse or simply decides to proactively look for a buyer. From the company’s perspective, the change in control payment should hold the franchise player in place until the deal closes. Prior to the closing, the buyer can negotiate whatever new contract or employment arrangement it wants with the franchise players.

Change in control contracts can be structured in one of two ways. Either:

• The executive can receive payment upon a change in control whether he or she has a job on the other side of the transaction or not, or

• The contract will only be triggered in the event the duties and responsibilities of the executive are changed post-transaction.

My general recommendation to boards is to use the first structure. The buyer is going to factor in the cost of the change in control into the pricing anyway, so you might as well let your executives get the money. (Yes, I know how that sounds a little bit odd, when the executive gets paid even if he or she still has a job.)

Remember why this money should be spent

More in this category: « Report from community banking’s trenches Who gets the gavel next? »
back to top