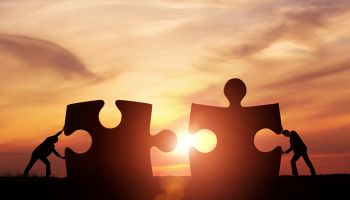 Two high-performing community banks of the Midwest will merge to form a combined company of nearly $14 billion by the first quarter of next year, when the transaction is expected to close.

Getting the banks together

In an interview the two leaders said the agreement grew out of ongoing chats they had over the last couple of years about the evolution of the industry. In time, they said, the pair saw that it made sense to combine the banks to better serve their markets.

Building on this effort looked like it was going to require adding more infrastructure, says Brown, to remain competitive. The bank had been culling its branch network to make it more efficient, over the previous five years, he adds, but management felt that the branch system continued to be inefficient. The average branch size is $34 million, according to Brown. The bank had cut the system’s locations by 30% over the last seven years, though it opened new branches selectively.

Both CEOs saw the need to grow further in order to gain the efficiencies necessary to properly serve their customers and handle growing compliance and other duties.

That growth, of course, brings its own added burden, especially in the form of direct supervision by the Consumer Financial Protection Bureau. Davis says both he and Brown saw that a merger would help meet this inevitability.

“If you are going to grow across the $10 billion mark,” says Davis, “you want to do it in a meaningful way.”

The leaders say they expect the combination of two top-performing banks to be a top-performer in their first year as a merged institution. This will include overcoming the impact of lost revenue related to the Durbin Amendment, estimated at $12 million annually, and $2 million of added annual compliance and regulatory costs. 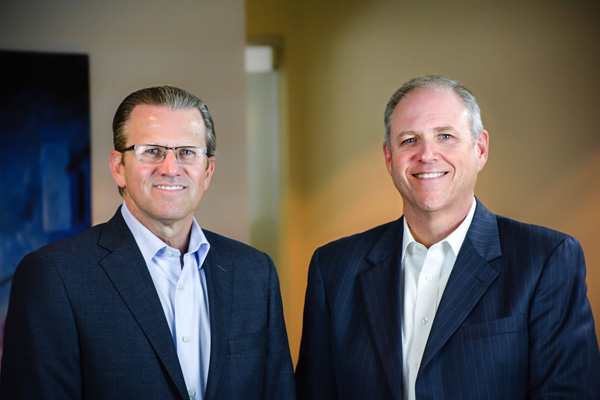 In merger presentations and analyst briefings, top bank executives who have been through a program of growth have noted that sometimes this means rethinking who sits in certain key staff positions. One post that comes up, for example, is the CFO—the CFO of a small, privately held bank, may not have the skill sets necessary to be CFO of a larger, publicly held bank.

Davis and Brown say they have no concerns on this front. While there will be redundancies and reassignments among key positions, they indicated that in some cases bankers who must currently manage multiple areas will be able to give up a “hat” or two to concentrate on one area.

“At this point we feel we have the talent in place,” says Davis. (MainSource itself had acquired $561 million-assets Cheviot Financial Corp., in Cincinnati, in May 2016. This had put MainSource in the top ten of the city in deposit market share.)

Other areas are expected to be relatively routine to combine. While the two banks have different core systems, the leaders expect conversion to begin within a few months of consummation of the merger. Davis believes the combined bank will be able to invest in new systems that can help it better serve customers. The two banks have similar credit cultures and the leaders anticipate that merging them will be relatively straightforward.

The executives see the merger creating a stronger competitor. They generally see their competition being other traditional banks. Mention independent fintech players and they aren’t terribly concerned.

After a time, most fintechs, in Brown’s experience, must either line up a bank partner or find an acquirer. What concerns the pair more is, in a sense, such acquirers.

Brown explains that even as a larger community banking organization, the combined bank will only have so much money to devote to development of new tech services to compete with fintech. After that, it will have to find partners.

In this context, Davis says that broad competition remains a top priority.

“It really is what the largest banks in the country are doing” that concerns banks of the combined organizations’ size, he says. “I have yet to see a fintech that is a good full-service financial provider.”

What’s down the road, once the banks are combined and transition accomplished? Brown expects First Financial to seek further growth via acquisition. He anticipates this will begin sometime in 2019.