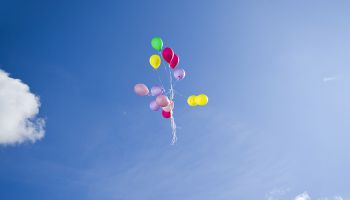 One less layer of regulation

The benefit to terminating your holding company would be eliminating the Federal Reserve as a regulator. In my opinion (without any inside information), that is why these two banks did it. If you look at their history, both of them have had some difficulty getting acquisitions approved by the Federal Reserve. Being serial acquirers, I honestly believe they did not want to have to hassle with the Fed to get their deals approved. Even after termination of the holding company, however, the two banks will still have to request approval of a transaction from their primary chartering authority (either the State or the OCC) and their primary federal authority (either the FDIC or the Fed). But the change does remove one layer of regulatory oversight, which is why I think these bigger banks went through with termination.

Even though there may be a benefit to less regulatory oversight in some situations, I believe the more important question is, What reasons exist for small banks to continue in the holding company structure? Approximately 80% of the banks in the country are in a bank holding company structure. For most of them, the structure is a one-bank holding company where the shareholder-owned corporation owns 100% of the bank. The benefits of this structure for banks under $1 billion in total assets (5,107 banks out of a total of 5,856 as of March 31, 2017) is that the banks have the advantage of being subject to the Small Bank Holding Company Policy Statement. This provides significant benefits in and of itself because the capital ratios are tested on a bank-only basis, not on a consolidated basis. This allows the sub-$1 billion holding company to borrow money—i.e., incur debt at the corporate level—and inject the cash into the bank as capital. Even if you are a community bank over $1 billion, you can still leverage capital into the bank—just not as high a percentage of equity.

Regardless of asset size, the holding company structure also improves share liquidity for holding company shareholders (share liquidity being defined as the ability of a shareholder to sell a share of stock at a fair price at the time they want to). Redemption of shares at the bank holding company is significantly easier than redemption of shares at the bank level. For most community banking organizations, there is no true “market” outside of the institution itself. Termination of the holding company would practically eliminate this market. Sure, shares can be redeemed by the bank, but the repurchases typically have to be approved by the FDIC or OCC as a reduction in capital, as well as the shareholders. A very cumbersome procedure for the most part, and one that is avoided in most cases by institutions in the bank holding company structure.

Having a holding company also facilitates acquisitions, structuring, getting into other lines of business, and the like, but the details of every benefit are too much for one blog.

The bottom line is just because the big banks did something does not mean it makes sense for community banks. This is one such case where termination of your holding company would likely be a significant strategic mistake.

Read "Why and how Bank of the Ozarks cut holding company"

More in this category: « What's a 100-year-old bank worth today? Thinking back,and forward,on that wonderful fellow,The 'Regulator from Hell' »
back to top