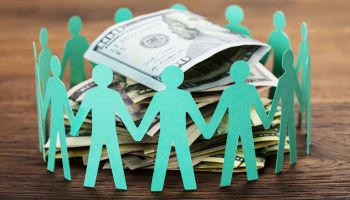 Hungry for scale and diversity, credit unions are increasingly looking to buy community banks. And more small banks, under pressure from heavy regulations and stiff competition, are viewing credit unions as another viable route as they consider selling.

Such deals are still relatively rare. But bankers say interest is growing and a gradually mounting trend could develop as 2017 wears on and as the post-financial crisis M&A cycle continues into 2018.

"I do think this will be a trend that will continue in our industry," Encore Bank President and CEO Thomas Ray said in an interview this week. "There is another group of buyers out there now, and certainly I think these kinds of [deals] are becoming more prevalent."

Earlier this week, Grand Rapids, Mich.-based Lake Michigan CU inked a deal to buy Naples, Fla.-based Encore, an acquisition that would boost the credit union's presence in Florida, further diversify its customer base via the target's larger commercial lending operation, deepen its talent pool and provide it more heft.

Much of Encore Bank's staff, including Ray, will be meshed with Lake Michigan's team in Florida. And with added size, Lake Michigan CU gains flexibility to spread out high regulatory costs over a larger asset base, another motivator for buyers.

"We bring to them a lot of commercial expertise," Ray said. "And they have a great consumer operation" that should benefit legacy Encore customers.

Size, or the lack of it, is also a big factor on the seller side.

Small banks for years have sold to larger ones to escape the high costs of regulation that built up following the crisis and the 2010 Dodd-Frank Act. That legislation heaped mounds of new rules on the financial sector and burdened small banks the most because they have the fewest compliance resources. Some community lenders also have grappled with rising technology costs and heated competition from larger banks, online lenders, and growing credit unions.

"None of those factors is going away any time soon," Kevin Jacques, the finance chair at Baldwin Wallace University in Ohio and a former regulator, said in an interview.

All of this has made many community banks potential sellers. Following years of consolidation, acquisitive banks have in some markets filled their M&A plates, giving would-be sellers reason to consider nontraditional routes, including credit unions that are looking to buy.

Ray said that, from a seller's perspective, credit unions can hold appeal for banks with investors who want to cash out. Credit unions are cash buyers. Lake Michigan CU did not disclose what it paid for Encore, but Ray said that, for the bank's investors, "it was a good price."

Marine in July said it was buying five branches from Milwaukee-based Bank Mutual Corp. in large part to boost its funding base and support loan growth. For the same reasons, President and CEO Shawn Hanson said Marine has been looking closely at buying a whole bank. "I would expect that we will definitely close one in the future," he said.

Encore's Ray said such differences get factored into deal deliberations. "There is always that trepidation about a different kind of delivery system," he said.

But ultimately, he added, Encore concluded that its most notable difference with Lake Michigan CU was its greater focus on commercial lending and the buyer's heavier emphasis on consumer products and services. Rather than a problem, Ray said, the differences amount to complements that ultimately bolster the merits of the merger.

"At the end of the day, this just made a lot of sense," he said.

Salman Samee contributed to this article.