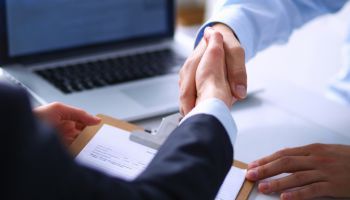 Byline Bancorp Inc. built off its initial public offering as promised with a substantial bank acquisition plan that executives say will bolster its presence in Chicago's northern suburbs and provide it important toeholds in industrial corridors of the city's western markets.

And the company's chief executive said that, while Chicago-based Byline will first focus on closing its $169 million deal to acquire Evanston, Ill.-based First Evanston Bancorp Inc. in the first half of 2018, further deal-making could lie ahead.

"Conversations are always happening" with potential sellers, Byline President and CEO Alberto Paracchini said during a conference call to discuss the deal Nov. 28, a day after announcing the transaction. He added that, relative to a year ago, seller interest appears to be rising in the Windy City.

Byline went public in the summer of this year with intentions to use the proceeds, in part, to pursue acquisitions. The bank sought to both broaden and deepen its reach in Greater Chicago. Paracchini said the cash-and-stock deal to buy First Evanston marks a big first step on the M&A front.

The deal gives Byline several branches in and around Evanston, a coveted and economically vibrant market immediately north of Chicago that is home to Northwestern University and a diverse business community.

First Evanston is the largest local bank in Evanston, and it has capitalized on strong market share to amass a substantial low-cost deposit base. It has nearly $100 million deposits per branch, Paracchini said, and a total cost of deposits of 42 basis points. 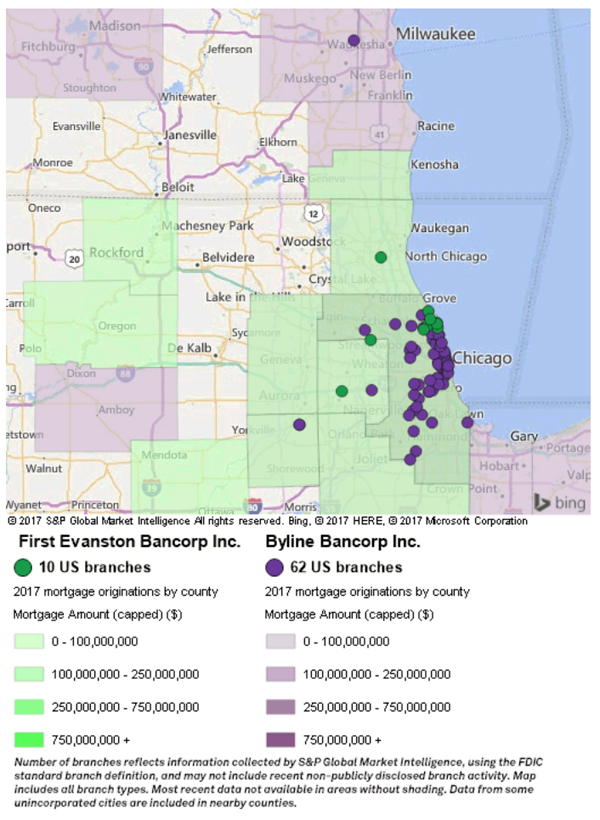 Natural fit on credit side

The target also provides Byline a complementary lending operation, one that is focused on business clients. The majority of its portfolio consists of commercial-and-industrial loans and commercial real estate loans—both primary areas of focus for Byline. The seller also gives Byline a trust and wealth management operation, helping diversify its business mix and adding a consistent source of fee income, Paracchini said.

"Strategically, the deal makes a considerable amount of sense given the strong deposits and the how the balance sheets complement each other," Stephens Inc. analyst Terry McEvoy said in an interview. "And with the wealth management, it's always nice to add a new source of revenue."

Analyst Brian Martin of FIG Partners said the Street likely also favored the financial terms of the deal. He noted that Byline anticipates generating 29% savings on the target's expense base—fully realized in 2019—and EPS accretion of 14.5% in 2019.

"Financially, this looks really nice," Martin said in an interview.

On an aggregate basis, SNL Financial valued the deal at 172.6% of tangible book. That is roughly on par with average SNL valuations for bank and thrift targets in the Midwest region between Nov. 27, 2016, and the same date this year: 166.67%.

Analysts said it will be important for Byline to get regulatory approvals and close the deal in the first half of 2018 as planned. The First Evanston transaction marks Byline's first bank deal as a public company, and analysts said the buyer needs to demonstrate that it can navigate the added layers of compliance that come with deal-making as a publicly traded firm.

But, assuming it can do that, both McEvoy and Martin said they anticipate that Byline will have more acquisition opportunities in Chicago. The market has long been heavily banked, they noted, and several community banks are looking at the possibility of merging into larger companies to gain economies of scale.

"I think that there will be more deals to occur over the next 12 months or so," Martin said. "There's still consolidation that probably needs to happen."