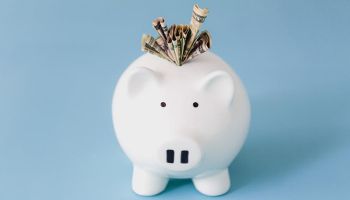 Should directors have “skin in the game” if they are going to serve on the board of a community bank or its holding company?

For the sake of definition, “skin in the game” is simply the level of investment that both inside directors and outside directors—and sometimes senior executive officers—have in the community bank holding company’s stock.

Should board members be required to have skin in the game?

This is an issue that I believe every board must address, regardless of size and ownership structure. In fact, in my frequent visits with boards this has been coming up lately.

The clients I have discussed this issue with over the past few weeks have ranged from a very closely-held mid-size community bank to a publicly-held larger community bank. The issue is equally relevant across the spectrum.

What’s right for your bank?

As is usually the case, there is no one size fits all solution for all community banks. The discussion and ultimate result needs to be tailored to the specific needs and complexity of the organization. With that said, there are a few universal components to the discussion, which I am going to highlight in this blog.

The first step is assessing whether having skin in the game actually makes a difference. I strongly suggest that it does.

As human beings (in my experience, most community bank and holding company directors fall into this category), we often tend to act in our personal interests, even when we are acting as fiduciaries for others.

As directors of community banking organizations, we are required to act in the best interest of our shareholders, but it is inherent that we bring our perspective into that role.

That being the case, it is appropriate to ensure that the director’s personal interests are aligned with the interests of the other shareholders. I cannot say I have ever run across a director that did not have some level of personal interest in his or her own finances, so I suspect that the issue of whether directors should have some ownership interest in the company on whose board they are serving is not up for much debate, at least in concept.

Once you have the conceptual benefit of “skin in the game” established, there are still a number of practical elements that need to be discussed.

How much should the directors ideally own? Is that amount realistic? Should both inside and outside directors be required to own stock? What about senior executive officers?

Should directors be given a certain amount of time in which to accumulate the requisite number of shares? Can directors elect to receive stock in lieu of board fees?

Not surprisingly, the first of these questions typically tackled is the requisite number of shares or dollar amount of the investment. Again, this amount may vary based on the size of the organization, the availability of shares, and the like.

From an officer perspective, it is not uncommon for a CEO to be expected to have four to five times his or her annual compensation represented by ownership in the community bank holding company. Likewise, junior officers may also be required to have some multiple of their compensation in shares of the holding company.

For directors, the investment requirement needs to be significant enough to be “meaningful.” Again, this will vary, but I would suggest that the minimum amount of “skin in the game” for a community bank director would be in the neighborhood of $25,000. The maximum investment requirement I have seen in recent times was about $250,000, so clearly there is a wide range of possibilities.

I suppose the board could simply direct each of its directors to acquire the requisite number of shares on the front-end, but oftentimes that is not practical. It is certainly not very practical for a new, younger director who may be starting his or her own business or growing a young family. In those circumstances, requiring all of the investment up front could be a barrier to entry for otherwise capable directors.

My general suggestion in this regard is to be flexible. There should be a clear standard so that expectations are understood on the front-end, but there also needs to be enough time to allow the directors who simply do not have that level of liquid assets to work up to the investment.

What I have generally seen is that boards have a five-year track for new directors to accumulate the requisite number of shares. For the most part, I think that approach makes sense. Directors that have the liquid assets can buy in up-front, and directors that need a little more runway have it—but also have a clear understanding of the end game.

4. Where will the funds come from?

The discussion of the timeframe in which to build up the requisite investment often goes hand-in-hand with how the directors obtain the money to buy the stock. Again, the draconian board could simply tell the directors to come up with the money. It probably makes a little more sense to tie the ownership requirement to directors’ fees.

As an example, one board I was with recently determined that the annual retainer fee paid to the directors would be paid in stock. This automatically provided the directors with some skin in the game and eased the cash outlay needed for the remainder.

This setup is often very well-received by directors, particularly those who are illiquid or are sitting on investments they cannot liquidate or swap out easily at the moment. I have also seen some banks implement stock option plans for the directors, though the preference seems to be toward full-value stock awards lately.

The key is to maximize the correlation between the directors’ personal interests and the shareholders’ best interests.

This will look different for each community bank, but the benefit is almost universal.

More in this category: « Big broom in the boardroom Updating the abacus »
back to top