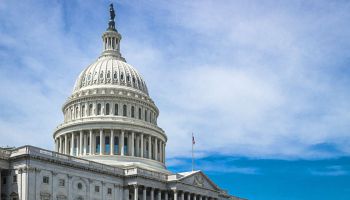 The House will not simply OK the Senate's banking bill, which means passage of regulatory reform and more still could stall.

The Senate passed a partial rollback of the 2010 Dodd-Frank Act yesterday by a 67-31 vote. The measure now goes to the House, where there is a movement to expand on what the Senate passed. That could unwind support from Senate Democrats who don’t want the legislation to go further.

House Financial Services Committee Jeb Hensarling (R.-Texas) issued a statement after S. 2155, the “Economic Growth, Regulatory Relief, and Consumer Protection Act,” passed. He congratulated the Senate and Senate Banking Committee Chairman Mike Crapo (R.-Idaho). He said that he hopes to combine the Senate approach with bills pending in the House, and to move a harmonized version to President Trump.

For his part, the White House issued a statement expressing Trump’s willingness to sign S. 2155 as is.

The statement noted that S. 2155 provides “much-needed relief from the Dodd-Frank Act for thousands of community banks and credit unions and will spur lending and economic growth without creating risks to the financial system. By tailoring regulation, the bill seeks to prevent excessive regulation from undermining the viability of local and regional banks and their ability to serve their communities.”

House will have its say

The statement further said that Trump “looks forward to discussing any further revisions the House is interested in making, with the goal of bipartisan, pro-growth Dodd-Frank relief reaching his desk as soon as possible.”

The day after Senate passage, Hensarling told reporters at a press conference that there are about 30 banking-related bills that have passed in the House that he wants to be considered for inclusion in a final compromise package.

He said House Speaker Paul Ryan has assured him that S. 2155 won’t move until discussions take place between representatives of both chambers.

Hensarling has served three terms as financial services chairman and cannot serve again under House rules. Last October he announced that he would retire from Congress at the end of his term.

S. 2155 has been broadly supported in the banking industry.

At the Independent Community Banking of America annual convention in Las Vegas, outgoing staff chief Camden Fine called on members to push their representatives to get the legislation through the House.

In a statement ABA President and CEO Rob Nichols called the bill “an important step in right-sizing the rules for America’s banks, and it will allow financial institutions to better serve their customers and communities while maintaining safety and soundness.”

“This strong bipartisan bill shows Republicans and Democrats can come together to modernize financial regulations in a way that boosts economic growth and jobs while maintaining needed consumer protections,” said Anthony Cimino, head of government affairs for the Financial Services Roundtable. “Congress should continue its bipartisan work to optimize economic growth by further tailoring the regulatory system for financial institutions of all sizes.”

The Senate bill consists of five titles. These deal with mortgage credit; regulatory relief for banks and consumer access to credit; protections for veterans, consumers, and homeowners; tailoring of supervision for certain bank holding companies; efforts to encourage capital formation; and protections for student borrowers.

The Bloomberg news service characterized the Senate bill as “1,000 Cuts to Dodd-Frank,” which, while not literal, describes the volume of changes the bill would make. Here are a few of the specific provisions in the bill of direct interest to banks:

• Capital calculations for community banks would be simplified. This would apply to banks under $10 billion, although regulators could disqualify an institution based on factors such as off-balance sheet exposures. The bill directs regulators to develop a community bank leverage ratio of not less than 8% and not more than 10%. Any bank meeting this standard would be considered well-capitalized.

• Eligibility for treatment as a small bank holding company would be widened. The Federal Reserve’s “Small Bank Holding Company and Savings and Loan Holding Company Policy Statement” eases restrictions on holding company debt for qualifying organizations under $1 billion in assets. The legislation would direct the Fed to raise this to $3 billion.

• Federal Reserve stress test requirements would be ended for banks under $100 billion.

• The definition for “SIFI” status would change. The threshold to be classified as a “systemically important financial institution” would be raised from the current $50 billion.

• Volcker Rule thresholds would change, exempting most community banks. Under the legislation, banks under $10 billion and which don’t have total trading assets and trading liabilities of over 5% would not be covered.

• Call reports would be simplified somewhat. The legislation provides for “short-form” call reports for banks under $5 billion, subject to additional qualifications.

• The option for an 18-month examination cycle would be broadened. Now an institution as large as $3 billion could qualify.

• Online account opening would be eased. Banks would be permitted to accept scan of a driver’s license or personal identification card for ID purposes. It would be required to delete the photo ID and other information from the bank’s system after using it to open the account.

• Age exploitation prevention or reporting would receive protection. Bankers and banks that disclose information in such situations would be protected in administrative and civil proceedings if the banker were trained.

• Mortgage lending reg burden change. A number of elements of the home-lending would be eased, including Home Mortgage Disclosure Act reporting for certain institutions.