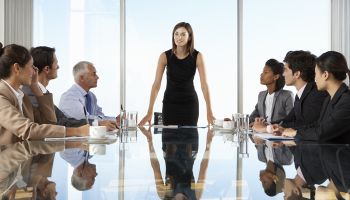 When you’re speaking at the annual convention of the Independent Community Bankers of America, you can’t go too wrong talking about how to remain independent.

And so it was that bank attorney Jeffrey Gerrish covered that subject as the first of several several strategic and governance issues he spoke about in a session at ICBA Live last month.

The chairman of Memphis-based Gerrish Smith Tuck structured his remarks in the form of strategic mistakes to avoid. The first was: Selling your bank when you don’t want to or don’t need to.

“If you want to stay independent, the first thing you have to understand is that you cannot stay independent as a community bank by doing nothing,” said Gerrish. “Independence is an action, not a condition.”

Management and the board of directors must have a strategy for remaining independent, especially in a consolidating environment.

One specific step the board must consider, said Gerrish is how to deal with an unsolicited offer. He said that in the firm’s practice around the country they are seeing more and more unsolicited offers—“not hostile, just unsolicited.”

Gerrish framed the scenario that is prompting this uptick in unsolicited offers:

“Bankers like you are sitting in their regular planning session and they’re trying to figure out how to deploy their capital. [They say] ‘We want to deploy our capital for acquisitions. This bank is our best target. We’re not going to wait for them to come to us. We’re going to lay a little groundwork and then we’ll go to them and give them what amounts to an offer’.”

As the target bank, Gerrish continued, “you know that most of the time you can’t just toss that offer in the trash can.”

An offer that is credible as to price and to purchaser is one that must be considered, he said. A credible purchaser, he added, is somebody who can get the deal done. The test for the board, he said, is to ask, “Are our shareholders better off with what is being offered, or better off holding stock of our bank?”

By contrast, said Gerrish, “If you get a letter from New York signed by an investment banker guy that says ‘I have lots of clients with lots of money that want to buy your bank,’ that one can go in the trash.”

Gerrish said that a bank can discourage unsolicited offers from showing up by turning down an offer for lunch with another bank’s chairman to “talk over a few things.” But if an offer does arrive, you’ve got to deal with it.

Separately Gerrish said that for any bank contemplating selling should not stockpile capital.

“Some clients say to us, we decided now is the time to pull the trigger,” he explained, “and they say, ‘We know multiples are 150% of book even for a small rural bank, so we have not been paying any dividends or distributions and our capital is up to 13%’.” That’s a mistake, said Gerrish.

“In this day and time what happens to a target’s capital?” he asked. “The [buyer] says, ‘We don’t want any more than 8%, so you can do what you want with the rest—give it out in bonuses, dividend it out, distribute it to your Sub S shareholders—we’re not paying for it.”

A sure way to kill a deal

Aside from turning down lunch with another bank’s chairman, Gerrish mentioned another way to ward off a buyer:

“In the current environment if you really don’t want to sell your bank, sign a ten-year data processing contract. I’m serious. That is one of the best anti-takeover defenses ever.”

He told a story of how he and one of his partners were trying to talk a client out of buying another small bank. The parties all met and after going over the various problems the bank had that the potential buyer knew about, Gerrish asked the target bank’s CEO, “Is there anything else we need to know about?”

“That killed the deal right there,” said Gerrish.

Also relating to mergers and acquisitions, Gerrish said it is a mistake not to anticipate greater regulatory scrutiny of a deal. The attorney said regulators are more active in the current environment than he’s ever seen in his experience—the Federal Reserve in particular, he added.

“When you send in an application to the Fed—one that’s been signed by the parties, negotiated at arm’s length, lawyers all over every side of it—the Fed will review it and say, ‘We don’t like this part of it,’ or ‘We want this provision changed.’ You can say, ‘Too bad’,” said Gerrish, “but the problem is the Fed has the ability to not approve the transaction. So your ‘Too bad’ has to be very gentle.”

Beyond that, Gerrish said that “if you’re looking to sell your bank or buy a bank and you have any kind of compliance issue such as fair lending or anything that’s basically systemic within your bank, don't waste your time. Whether you’re officially in the penalty box or not, regulators will look at that and say, we’re not approving this.”

In addition, said Gerrish, “if your management rating is not a least a ‘2,’ forget about it.” The regulators, he said, want a combined organization to be a CAMELS 2 bank. With a “3” on management, that would be tough, he added.

With passage of tax reform legislation that reduced the corporate tax rate from 35% to 21%, Gerrish’s firm has been getting many questions from banks currently organized as Subchapter S corporations as to whether they should stay as “S Corps” or switch back to “C corporation” status.

During his presentation, Gerrish briefly addressed the matter saying that “If you’re an S Corp today you ought to stay an S Corp.” He acknowledged that not everyone agrees with him, but said he and his partners have run the numbers and staying as Subchapter S still makes sense.

“If you ever plan to get any money out to your shareholders, stay in that S Corp,” he said. “I think you’ll find you will still avoid the double taxation over the long haul whether you sell the stock or sell the bank.”

Gerrish has written about this topic in his firm’s newsletters, as well as in his “Community Banking” blog on BankingExchange.com.

Jeff Gerrish and his partners spend a great deal of time meeting with bank boards of directors. They’ve written the book on the subject, literally.

One of the points Gerrish emphasized during his recent presentation was the need for bank boards to be more forward-looking. “For the most part,” he said, “we drive our banks forward by looking in the rear-view mirror at what happened last quarter, last month, last year, instead of talking about what’s going to happen next quarter, next year.” A great deal of typical board meetings are spent in reviewing the past period’s numbers.

There are two ways to add in more forward-looking discussion, said Gerrish. Make the board meetings longer (he quickly added “no” to that suggestion), or “tighten them up a little bit—free up a half hour or so to talk about risk and strategic issues.” One way to do this he recommended was to adopt a consent agenda.

As described in an article on BankingExchange.com, a consent agenda, simply put, is a short agenda of items that have been covered in the board packet. This might include the financials; minutes of the last meeting; committee reports of an noncontroversial nature; routine items that rarely change—basically anything that truly requires no discussion, absent an objection or significant question. The chairman simply announces the consent agenda, and it is approved unless someone speaks up.

Gerrish said that clients who use it “flip the board meeting so the first thing they talk about are strategic and risk issues. Then they have the consent agenda.”

He noted that for a consent agenda to work, the directors must have read what is sent to them ahead of time in the board package. He urged bankers to cut the amount of information down in these packages to what is meaningful.

He has seen some that are 400 or even 700 pages long. Nobody will read that, he said. Often the bloat is a holdover from the post-crisis era when regulators were asking for more information to be shared with directors. But not all of that needs to still be there.