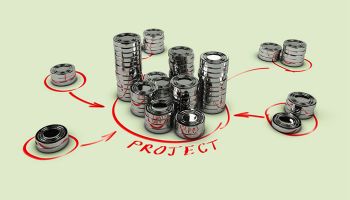 Given the hysteria over Alibaba recently you might get the impression that in this market, everyone is an investor.

Crowdfunding trends would only reinforce that notion.

Crowdfunding is the concept that individuals, companies, and investment organizations (funds, clubs, etc.) can invest or donate their funds in exchange for products, experiences, royalty streams, equity, debt, or a combination of all of the above. The concept has been popular for the last five years and is now on the verge of opening up new areas where previously only high net worth or institutional investors have played.

For example, let’s say you wanted to invest in a 30-unit multi-family apartment building. Unless you had at least $75,000, the due diligence, legal work, and fees would make it hard to achieve a suitable return. However, standardize everything and make the aggregation of funding efficient and individuals can now invest as little as $1,000. The same can occur for start-up companies, local restaurants, museums, infrastructure projects, or just about anything else.

More than $2.2 billion was invested last year on more than 300 platforms in the US, and names like Kickstarter, Indiegogo, Lending Club, and Prosper have become common names. Within the crowdfunding industry, debt financing, particularly peer-to-peer (P2P) lending, comprises the most active and largest segment by dollar volume.

Outside of the U.S., particularly in Asia, the U.K., and Australia, laws are more liberal and P2P lending is now commonplace. In such places small businesses can get a loan in about half the time of a traditional bank loan and for a fraction of the cost. More important is the fact that fraud, everyone’s largest fear, is well under control.

Crowdfunding’s continued evolution arises largely because of the Jumpstart Our Business Startup Act (JOBS Act), signed into law during the spring of 2012. Since then, a battle between businesses, investors, legislators, and regulators have largely made Title III of the Act, the part that was supposed to open crowdfunding to the non-accredited masses, unworkable. As a result, a final resolution of the various issues is not likely until after the November elections—mid-2015 at the earliest. [Author Chris Nichols was involved in a crowdfunding experiment called Wall & Main.)

But regardless of when, crowdfunding is too good an idea to be mired in fear. Crowdfunding will ultimately come to market to democratize both lending and borrowing for all. The rise of technology platforms from heavyweights like Lending Club and Prosper have validated the model to prove that the crowd can compete with banks and finance companies on equal or better footing.

How banks should feel about the crowd

So, should banks be scared?

• Yes, if you are a bank that clings to tradition and has a strategic plan that reads “do more of the same, but better.”

Banks need to quickly embrace more automated underwriting and loan processing in order to reduce costs and make loans of all sizes available. This is the hallmark of P2P lending and banks need to adapt in order to learn how to incorporate crowdfunding into their future product offerings.

• If your bank is open to change, then fear not.

While banks will not be able to share their due diligence work, a rating system will develop so that the public can see the track record of the bank and better understand the added value that a particular institution brings to the relationship. This, in turn, will attract more investors, giving the bank added feedback and reducing risk.

4 ways to adapt to crowdfunding

1. Mezzanine debt—As Lending Club, Prosper, and others have proven, the crowd is not afraid of risk.

Projects that would scare bank lenders are commonplace among P2P platforms. For starters, crowds tend to be more forgiving of past history than bankers. Here, banks could enlist the crowd to join in for a subordinate piece of debt that has a higher risk, but also a higher return. Banks could achieve their required senior debt service coverage and loan-to-value for both performing and restructured loans.

Win-win: The bank gets the expected loss rate that it needs and the crowd gets the return that it requires.

2. Riskier borrowers—Building on the previous point, there are many borrowers who have credit blemishes or lack a track record (i.e. start-ups) that are unbankable under longstanding practice.

Here, the crowd has proved to be more willing to take on the mantle of visionaries. The crowd can participate in either the debt or equity part of the capital structure in order to develop a “farm team for banks.” Once these borrowers are developed to the point where they become bankable, banks can enter to remove the crowd or to lower the risk for the crowd. All the while, these borrowers can use the non-credit services of the bank, such as cash management, to add value to all parties.

3. Pro rata debt—Banks can have the crowd invest alongside them in the senior debt capital slice that would serve to provide information to the underwriting team.

Unsure about financing that hotel or restaurant?

Require the principals to raise $5,000 from 200 investors and the bank can help lower the risk of the transaction by starting off with more equity—and an instant fan base that will run around town dragging people to “their” operation.

Unsure about some new biotechnology or clean tech?

Require the company to raise funds from notable experts.

Participation by the community, industry experts, or a company’s clients could send the strongest signal possible that the future of the company looks bright. This symbiotic relationship between a bank and the crowd could open up whole new areas for bank lending as expertise is married with capital.

4. Senior debt. There are times when banks want more yield given a low-risk borrower.

For certain crowd-types, such as retirees, banks may want to partner in order to move the crowd to a senior debt position in exchange for a lower rate of return. The bank takes a subordinated position, but is still well secured and gains a higher yield. This works particularly well in cases where the total leverage is low, but the borrower needs greater speed or flexibility from the senior debt lenders than banks can provide.

These are just some of the ways that banks can partner with crowdfunding platforms or develop platforms of their own in order to provide small businesses the cheapest and most efficient capital available.

Banks can help collect financial information and make sure basic credit administration occurs, while the crowd can serve as the bank’s diversified eyes and ears to provide a steady stream of information in the form of ongoing monitoring and usage.

Investments open up for the common man and the wisdom of the crowd can be consolidated to not only provide capital and information to help the bank, but can provide the business with patronage and expertise (accounting, legal, M&A, etc.). The marriage of crowdfunding and banks is a natural and is too good not to be embraced.

Quite possibly 2015 is the year that crowdfunding will become more mainstream, and banks finally embrace a revolutionary way to lend.

More in this category: « Linked lenders leverage look-ins Popular bank equipment that customers pay for »
back to top