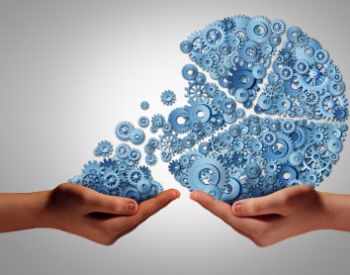 For banks that give to customer-selected nonprofits, based on account balance or other relationships, the results are sweet: community support and market share growth

You don’t usually hear banks advertising that they give away money, especially not on New York City-area drive time radio. But there it was, a spot promoting the Community Alliance Program (CAP) of Boiling Springs Savings Bank of Rutherford, N.J. One community organization leader, accustomed to traditional fundraising efforts, calls CAP “the no-bake cake sale.” CAP is less caloric, but pretty sweet. With no outlay at all, community groups can receive quarterly payments from the bank that can come to hundreds, even thousands of dollars.

Banks rank high among supporters of local community organizations. Often aid takes the form of outright grants, but as nonprofit groups began asking for more help, Boiling Springs ($1.4 billion-assets) found a path to increase support in a way that benefitted the bank beyond goodwill. In brief, the bank makes donations based on deposit balances and other relationships maintained in accounts opened by supporters of a particular nonprofit group.

Since its launch in 2006, through the end of 2014, the bank donated over $1.8 million to hundreds of charities. The organizations cover the gamut of community groups, ranging from scout troops to fire departments to shelters and food pantries to service organizations. In 2010, the bank received an ABA Community Bank Award for its efforts.

Here’s more detail how CAP works. An eligible organization opens a checking or savings account for as little as $100, if it doesn’t already have an account at Boiling Springs that can be designated for receiving the bank’s donations. Then the nonprofit organization can ask its members or other supporters to designate that nonprofit as a recipient of donation credits based on supporters’ banking relationships with Boiling Springs. (The bank will fund the opening of an account if required to get the nonprofit into the program.)

Once 20 supporters so designate their existing accounts, or move business to Boiling Springs, the bank begins measuring and tracking the relationships to compute donations. Supporters can specify certain accounts for a specific participating nonprofit if they support more than one in the program. Or they can mark all accounts to a single group.

The donations come strictly from the bank, not from the organization’s supporters. The bank donates at an annual rate of ¼% on CDs, retirement CDs, and premium and money market checking. The bank computes donations at an annual rate of ½% for checking, savings, and money market savings accounts. (The computations are applied to average daily balances in a given period.) No fees are charged to the groups or the supporter-customers for participation in the program.

To this original retail account framework, Boiling Springs added business accounts, with donations based on 1/10% of average daily balances. The bank also gives supporters the ability to count new mortgage and home-equity loans, as well as outstanding balances on home-equity lines of credit. The bank computes these at a 1/10% annual rate also. Loans must be on the books for a required period before they will be counted, and organizations are asked not to solicit loans or help supporters apply for credit.

The bank adds a kicker to CAP, according to Debra Cannariato, vice-president and marketing and sales manager: Community groups also receive supporter credit for their own balances—including donated funds still in their accounts. Kind of “interest on interest.”

Cannariato says the bank doesn’t sign up a nonprofit and walk away. Extensive help is available to enable the group to make the most of its base of supporters.

The bank’s staff helps with communications—writing newsletter articles for group publications, website assistance, mailings, flyers, and more. In addition, bank staff takes to the field, attending fundraising events to present the benefits of the CAP opportunity.

Another form of help comes through seminars offered on popular financial subjects and financial literacy outreach. Each offers staff the chance to add another mention of CAP.

The bank’s “family” also pitches in personally. “The magic of CAP has caught on from our directors and senior management to loan servicing and office services employees as they continue to refer organizations that they belong to or support,” says Cannariato. “CAP truly has become a focus here.”

To talk up the program online, the bank maintains a section of its website to talk about CAP and support nonprofits in other ways. A periodic blog talks about the program, spotlights participating groups, and more. Another section lists groups’ bios. “Great CAP Moments” promotes groups’ activities and events.

There’s also word of mouth. Cannariato is an enthusiastic program booster, and refers to it in conversations as “The Not Too Good to Be True Program.”

This article is excerpted from "2 Takes On Nonprofit Giving," from the "Idea Exchange" section of the May 2015 Banking Exchange magazine.