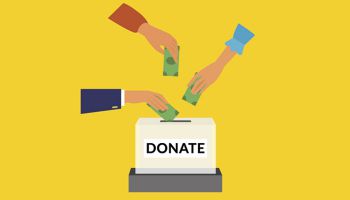 The other evening I attended a United Way function in Albuquerque, a bi-annual dinner that brings together all prior campaign and board chairs and special donors who have demonstrated strong financial commitment to the United Way of Central New Mexico.

The affair took me back a ways. I was the citywide drive chair in 1997, a transitional year between a somewhat localized recession and a return to a more normal pattern of growth and therefore personal and corporate giving. It was an "up year" for the drive and the first to have seen a year-to-year increase in total funds raised in probably three years.

It was enjoyable being around people that recent evening who are generous by nature and celebrating the progress that the Albuquerque organization has made over the years. One of my satisfactions of that year and of my time on the board was the hiring of an executive director who was transformative in outlook, outreach, and accomplishment. I can't say that I did much personally to bring about the changes we've seen in the intervening years, but it was fun being part of the effort.

I hope that all of you reading this will support the United Way in your own towns and cities and within your workplaces. It's a quintessential sort of community bank activity for its hallmark of celebrating "community" in both tangible and personal ways.

As I think back on my drive year and the other two years of my three-term board stint, the community bankers were a significant component of the backbone of our efforts. Bankers chaired key committees and worked tirelessly making workplace presentations of United Way's plans, needs, and goals.

I'd learned years before that the more personal the involvement—the "touch," so to speak—the more successful the result.

My bank had a somewhat limited contributions budget and for much of my time in Albuquerque I was up against two very large banking institutions with much larger budgets. So, we responded by fielding our people and in time, we were remembered more for the many hands we lent to the effort than for the money represented by our corporate contribution.

Community banking is all about relationships and lenders are probably more systemically involved in the fundamental economic dynamics of our communities than just about any other type of community professional.

We know how things work, we provide the "grease for the gears" in the form of loans, and we know who the generous people are. (And we also know where things are buried.)

During my “drive year,” I was available for meetings with company owners and presidents at any time that suited their convenience. This was easy, as it's part of every banker's job description. We're sales people so we "meet and greet" as a substantial part of our work activity.

One of the best places for lunch in Albuquerque, then and now, is the Albuquerque Country Club. It's right near downtown, and rarely would anyone suggest a different place for lunch. I told the club's maître d that when I came in, I wanted to be seated where I'd be visible—not off in a corner some place.

My guests and I weren't discussing proprietary information so if a word or a phrase were overheard, that was not a problem.

My basic motivation, though, was to be in full view of all other competing bankers in the dining room and have them puzzle over what I was talking to their customers about.

(I know that bothered some at first, and I enjoyed that enormously.)

How to ask for money

One other thing I did over time was to evolve a series of talking points. These were easy to do and the needs were compelling, meaning that the ideas usually sold themselves.

Those of you who have historically contributed to United Way recognize the concept probably originated by United Way many years ago of "Fair Share."

I'd always conclude my pitch, whether it was to the president of a company or a group of employees when I'd schedule myself to make the workplace presentations to groups of employees, by asking for a lion's share of what was commonly considered to be fair share.

In fact, long after the drive was over and years later when it was time to take out the order pad as banker and make a pitch for a prospect’s business, I would go back to my fundraising days.

That never failed to produce a smile or even a laugh. Then I'd get a chance to ask a second time using different words. Light touches with a dash of humor can soften up lots of otherwise hard to sell "tough nuts."

Wealth of stories about charity

There were about 80 people at the dinner the other night. The stories that were shared about the personal and corporate philanthropy were truly amazing. Quiet stories of amazing generosity and with little or no public fanfare were the "dessert."

At my table were a man and his wife—the company had been a prospect of mine when I was active in the bank—who responded recently to United Way's need for new office space. The largest health care provider in the state furnished Class A office space for several years at a significantly discounted rental rate. The building was for sale, as the company's administrative offices were being relocated to a new campus several miles away. The couple at my table bought the building a couple of months ago, continued the favorable leasing arrangement, and have gifted the building to United Way at the conclusion of a long-term lease in nine years.

This story also illustrates how significant United Way sorts of activities can be in our principal responsibilities to our banks. We need to rustle up business and then hold onto it. We do this by being aware of whom we need to know and how we can help them. Our help is not restricted to purely business topics either. Probably most of us have experienced the importance and force of "affinity groups."

Since my wife's cancer surgery several years ago, I've never passed up a request for a donation for that particular cause. United Way, for those who are really committed (and that's a whole lot of people), can be that sort of affinity group.

United Way involvement is the right sort of activity for the right sort of reasons—it helps our community and its citizens. With a greater commitment to these sorts of projects, maybe we'd dig out from under our heavy blanket of reputation risk more quickly. It's certainly worth a try.

More in this category: « Could we really split banking again? Are you ignoring flashing yellow lights? »
back to top