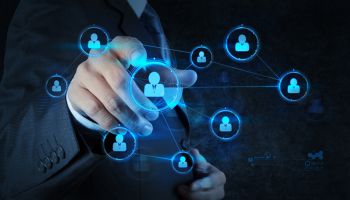 To serve today's small business, community banks must offer strong digital services. But offering these products doesn't mean a bank has to reinvent the wheel.

Small business owner Craig Shealy likes doing business locally, including his banking. But for community banks to attract or hold onto the patronage of firms like his, he says, they have no choice but to provide up-to-date tools, including digital services.

Speaking on a panel at Finovate Fall, and in a subsequent interview, Shealy explained that when his business, Legacy Navigator, launched, larger banking firms showed no interest in serving the young firm’s needs. Often, Shealy’s requests to open accounts just went unanswered. He says he wasn’t even looking for credit, just basic business services.

Legacy Navigator is in a service business itself—it provides a multifaceted expansion on the idea of estate sales. Shealy decided to go with a community bank near the firm’s Virginia headquarters.

“Their people made a lot of effort to provide service,” says Shealy, co-founder and CEO, “but their problem was that their systems were so bad.”

The bank had the community part of community banking down fine, but its technology just wasn’t up to what Shealy really wanted.

An out-of-state project exposed the bank’s shortcoming, said Shealy. He knew he would be making many supply purchases while on the assignment and advised the bank so he wouldn’t have any hassles using his debit card. The bank acknowledged his notification and he thought he was set.

Unfortunately, he frequently couldn’t use the card in the ordinary manner. In spite of the advance word, anti-fraud measures would prevent the transactions from going through. His bank wound up having to process much of his out-of-state activity manually.

Beyond this embarrassment and inconvenience, Shealy says the local bank’s payment services don’t provide the kind of flexibility and tracking that he would like to have from his bank. (Even with full-time financial staff on board now, Shealy says he spends about 10% of his own work time on handling company finances.)

As a result of this, Shealy says the company frequently uses business charge cards issued by American Express for purchasing. It’s not a matter of doing business on credit—the firm pays off Amex from its bank accounts—it’s just that the data services Shealy wants aren’t available from the bank.

“That sounds like a lost opportunity there,” observed Jim Bruene, moderator, and a founder of the Finovate conference. Bruene heads BUX Advisors, which works with banks to improve their digital offerings.

Not everything need be home-made

Shealy, speaking with Banking Exchange, said he believes banks need to get over the idea of building their own services in every sphere. Sticking to that strategy leads to the customer inconveniences that he experienced with his community bank, whose staff quality he praises.

The entrepreneur compares his banking experience to his personal preferences for transportation. His family drives Toyotas and there are several Toyota dealers in his market. He picked the one that he relies on for new cars and for upkeep on the basis of the quality of its service. They do good work, and when he travels he knows the family car is in good hands if something comes up.

But the dealership doesn’t manufacture the Toyota cars, Shealy explains—it sells and services them. He thinks banks can learn from this by analogy.

“They need to let go of trying to do it all themselves,” says Shealy. Service is important, and he’d still choose his bank on that basis. But technology has become critical to getting his job done. The growing firm has handled estates in 15 states so far.

His remark was fitting for two reasons.

One, the fintech industry has increasingly moved from the brash disruption attitude of its birth to an attitude of partnership with the banking industry. Banks have the customers and the longevity, fintech has the fresh ideas and the execution.

Second, Finovate has become a conference where bankers and fintech come together, potentially to work with each other. Community bankers were among those in attendance at the New York City meeting, which expanded this year past the traditional Finovate format of seven-minute demo spiels to include two days of summits in several areas, including a banking track.

Fellow panelists of Shealy’s noted in conversations with Banking Exchange that their offerings for small business depend on their partnerships with banks.

For example, Lou Friedmann, chief revenue officer at Bento for Business, which offers expense-related online services, says two banking organizations serve as the firm’s in-industry partners. This gives the company their connection to banking rails. Long term, Bento could opt to become a banking organization itself, but for now, bank partnership is essential.

Shealy’s company has been looking at prepaid cards offered by Brinks Money as a tool for paying its hourly employees. Miguel Zepeda, director of Brink’s Money Prepaid Cards, was also on the panel and he noted in conversation that his company also relied on a banking partner.

Speakers noted that small business digital services in general have lagged consumer offerings. Increasingly, however, small business owners want to see the same customer experience in the commercial dealings as they see as consumers.

Fellow panelist Robert Fifield, chief operating officer of Avalon Solutions Group, said it is important for fintech firms to keep their eye on the actual needs of small business.

Fintech firms will be excited about their developments, said Fifield, and tell small firms, “use this, it makes sense for you.”

However, he added, “the service doesn’t solve their real problems.”

Fifield also said that he believes that digital services by themselves can’t answer all of small businesses’ needs.

“You are always going to have that need for human contact,” said Fifield.

In part, he said, this was because you can’t just hand over tech to the user and leave it at that.

“Technology is scary to small businesses,” said Fifield. “They don’t understand it.”

But increasingly, he said, small business must grow comfortable with more tech, because that’s what their customers want.

All this underscores the attraction of working with fintechs. Zepeda wrapped it up saying, “I predict that banks will learn how to work in partnerships.”