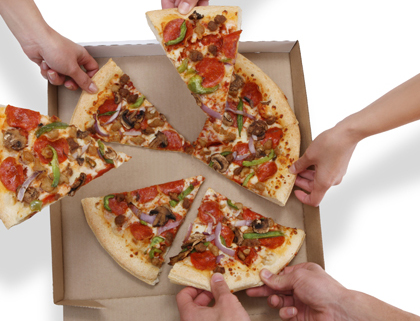 With BancAlliance loan participation program, community banks can decide when—and if—to take a loan slice. They can also decide how big a slice and the kind of pie it'll be sliced from.

"We are definitely a bank that has not liked the traditional loan participation model," says Johnson, chairman and CEO at $465 million-assets United Bank of Michigan, Grand Rapids.

Historically the bank had not done many participations--and with understandable reason. Of those that the bank had done, "all of them eventually had a ‘story' behind them," says Johnson.

Besides such complications, Johnson grew to dislike the way lead banks ran the loans, feeling his own institution had little say in the deals and their ongoing management. Besides an element of unfairness, and definite lack of control, Johnson says he felt these deals, in the end, brought his bank few opportunities that it couldn't have found in some form in its own vicinity.

"We were just funding somebody else's loan," says Johnson, "not really getting anything that we couldn't do for ourselves."

Johnson isn't the only banker who has had issues with participations. During the financial crisis, some community bankers who had taken participations had their own reasons for disliking such loans. When banking institutions running the deals went under, FDIC took over the credits and frequently sold them for a fraction of their value, in an effort to recoup money to avoid laying out Deposit Insurance Fund money. Thus these bankers, too, had a bad taste in their mouths from participations.

Acknowledging the industry history and his past experience, Johnson reflects that his bank now participates in nine outside loans. The bank not only would entertain more, but has set up participations as its own business line.

What accounts for the change of heart is a new twist on participations.

About a year ago, as Johnson felt a greater need to diversify and find additional loans beyond what his market demanded, he found himself looking at participation programs again. Among the opportunities he found was the BancAlliance loan network.

The new venture's approach is much different from anything else Johnson reviewed. He says the company's "cooperative loan program" features a pay-as-you-go deal and fee structure. The program requires no upfront investment, and operates under the direction of a board dominated by banker-members. The program's flexibility provides an asset-side match to the greater funding flexibility community banks enjoy today, says Johnson.

Johnson's bank began buying participations of up to $1 million per deal through the program about nine months ago, and early on in his involvement, he thought enough of the approach that he agreed to join the BancAlliance member board. (The related article following this one, detailing the cooperative's approach, addresses how BancAlliance has arranged backup servicing for its deals.)

Unlike other opportunities he'd tried or at least evaluated, the BancAlliance program gave his bank the opportunity to buy into much larger deals than had been available in the past, many with middle-market companies. In addition, the program enables members to pick and choose among participation opportunities. Until a bank decides to get on board with a loan, there's no cost.

Loans range in size from $75 million to $300 million, according to Lori Bettinger, executive vice-president and managing director at BancAlliance. Members choose how extensively they wish to participate, governed by the parameters set by their own managements as well as the guidelines set by their own boards of directors.

Johnson, for instance, thus far, has participated in the $1 million blocks, and his bank at this point has set its total use of the program at up to $30 million, based on appetite and capital levels. Other banks have their own standards. For instance, Charles Cullen, president and CEO at $576.7 million-assets The Provident Bank, Amesbury, Mass., also buys in $1 million units per deal, while Leslie Andersen, president and CEO at $61 million-assets Bennington (Neb.) Bank, holds her bank's individual purchases to $500,000.

In Cullen's case, the program has helped facilitate an institutional gear shift towards more C&I lending, away from a heavy reliance on commercial real estate credit. Plus he had a need to grow further to absorb increasing costs. "Lending is the best return we can get right now," says Cullen.

Johnson points out that these slices are much smaller than what some other participation opportunities he's seen make available. A barrier for his bank in the past was the sheer size of what some lead banks wanted each participant to take.

Diversification by industry and geography represents a key element of participating in BancAlliance deals, but that's not all these banks gained by joining the cooperative. A common interest the bankers share is in obtaining variable-rate loans through BancAlliance. It's harder to obtain floating rate loans locally, they point out.

"From an interest-rate perspective, this is really helping us out," says Bennington Bank's Andersen.

In addition, participating in these loans gives the banks the opportunity to work with larger companies' credit needs, Andersen points out. And because BancAlliance is not a lender in its own right, a common concern about participating in loans with a company that could be a competitor on some occasions isn't a factor.

When a member bank opts into a deal, fees kick in. They vary according to the returns promised, and range from 75-150 basis points.

A measure of the returns to participating banks came from Cullen, speaking at an ABA conference session about the program.

"My CFO told me I shouldn't come here," says Cullen, "because he thought that we should be holding onto this for ourselves." His bank has been in on 16 deals, two of which have already paid off. Currently his bank holds nearly $12 million in BancAlliance participations.

"The rates and returns are much better than what we are experiencing locally," Cullen adds.

All three bankers speak highly of the BancAlliance underwriting process. They say the quality of the organization's work gives them a high comfort level, which also helps give their directors confidence in continuing with the program.

Andersen adds that she's found the loan packages' quality so exemplary that she's circulated the work among her staff as a training aid.

While there's comfort for the bankers in the cooperative's underwriting quality, regulators expect individual lenders to do their own analysis and due diligence, the bankers point out. Johnson says that his institution looked closely at FDIC's guidance on participations. This came in Financial Institution Letter 38-2012, "Effective Credit Risk Management Practices for Purchased Loan Participations," issued last September. A key point of the guidance is a warning against over-reliance on the credit analysis of the organization underlying the participation.

"That was very timely," says Johnson, "and we followed the map."

"You can't just take the BancAlliance writeups and shove it in the file," says Cullen. "You have to show that you've done your own due diligence as well. It's still basic lending-you look at it the same way you look at everything else."

Johnson says there is an adjustment process in taking participations. "We're very used to being able to go out and kick the tires," says Johnson, visiting a borrower's operations to be sure all that's on paper matches reality. But the extensive files available to members buying into a loan, plus ongoing reporting and monitoring that's shared, helped overcome such concerns.

"You've got to get comfortable with the fact that you are lending, say, in South Dakota," says Cullen, "not lending to the guy you always see at Rotary."

Andersen compares the participations to investing in a corporate bond, with the advantage that the program puts member banks in a senior credit position.

Floyd Stoner, senior advisor to Alliance Partners, which runs the program for BancAlliance, says that about a dozen member banks have been through examinations since they began participating with the cooperative. Other than questions about the concept, where the bank hadn't explicitly run it by their agency first, no serious issues have been raised. "That's the track record so far," says Stoner.