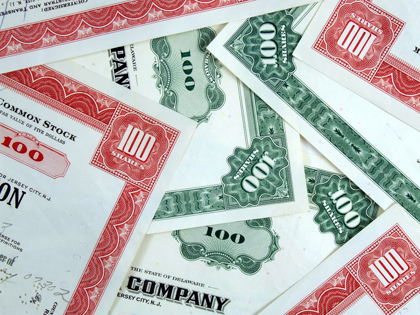 Small private banks have long had trouble helping shareholders buy and sell stock in the bank. Team Capital Bank has twice used a mechanism that improves on the traditional means.

Someone wanting to sell shares--maybe an heir who didn't live in town or a widow needing cash--would call the CEO and ask what to do. The CEO would reach into the middle drawer of the desk, pull out "the list," and see who might be willing to buy. And then the CEO had to bow out, or risk breaking the law.

Not a terribly handy way to serve the needs of the people who hold your bank's capital, is it?

Yet for many community banks, that was "high finance."

Team Capital Bank had a somewhat more sophisticated setup for matching would-be buyers and sellers of its shares, but it wasn't much better.

"We had a process, but it was fairly insular and fairly antiquated," says Robert Rupel, CEO at Team Capital, a $928.4 million-assets bank headquartered in Bethlehem, Pa. Rupel says the bank would get a call and start checking lists and asking around. "It was not a real professional process," says Rupel.

In strategic planning last year, the seven-year-old bank's team determined that finding a better way to interface with shareholders wanting to buy or sell was a priority.

After searching the market for alternatives, Rupel found what he was looking for--something he describes as an automated Dutch auction, "very similar to eBay."

Creating a part-time market
Ironically, Rupel's bank had been facing a much different risk before passage of the JOBS Act-the "500 shareholder" legislation that went through earlier this year. That legislation significantly amended the law on what thresholds a bank would have to cross to become an SEC registrant. The bank's 7 million outstanding shares are currently held by 450 shareholders, approximately. (Rupel is glad that work by ABA and other organizations got that law changed.)

SecondMarket, based in New York City, helped the bank by setting up a two-part process for conducting "liquidity events." These are periods during the year where, using systems set up by SecondMarket, the bank is able to put potential sellers of shares and potential buyers of shares together in a fashion that takes the bank staff-effectively, any human involvement, out of the matching of buyer and seller.

First the bank and SecondMarket get the word out to potential sellers, who declare through the system how many shares they wish to sell and what pricing they would accept. Within reason, the system permits them to name whatever price they desire.

Then a similar process allows existing and potential shareholders to state their preferences for buying into the bank, or buying additional shares. Again, they state their price.

Once the two sides have weighed in, SecondMarket's system determines the price the shares will be bought and sold at during that liquidity event.

"It sets the price that will clear the most shares listed for sale," explains Rupel.

Going forward
Rupel says he's been pleased with the SecondMarket process. Some lessons have been learned along the way--shares held in street name require special handling. He says each time the bank holds an event, he anticipates additional wrinkles will be added to improve the process. One area of potential improvement is notification of potential buyers and sellers that an event is pending. Shares sold through such a mechanism can't be bought or sold with the same instantaneous movements as public company shares listed on a market.

Team Capital Bank is an FDIC-supervised institution, and he notes that the bank ran the anticipated processes by the agency before moving ahead. As is usual, the regulator did not per se "approve" the strategy, but raised no objections to the bank moving forward.

Caryn Feinberg, senior vice-president at SecondMarket, notes that several banks are involved in the pilot stage of its efforts to build buy-sell platforms for community banking institutions. Team Capital is the first, she says, that has been willing to discuss its efforts publicly.

"Many banks are struggling to get liquidity to their shareholders," she says. This is not only an issue for existing shareholders, but also for those who would buy in anew.

Presently, the company works only on secondary sales of bank shares. With community banks discussing the need to raise additional capital, it's hard not to imagine where such techniques could go in the future.