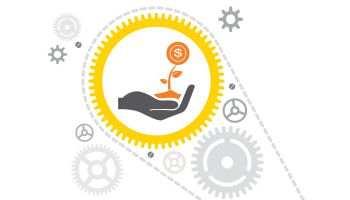 TS Banking Group believes cooperation beats competition when possible. “We’ve proven over the years that we are a friendly competitor and willing to partner,” says Joshua Guttau, CEO and CFO. “We believe that two bankers on a deal are better than one.”

Is it possible to respect and continue the tradition of the family-owned agricultural bank serving local customers and communities while implementing far-reaching new strategies? Decades of bank wisdom has counseled against reaching beyond what you know, and pointed to usually bad results that follow.

But what if the world—including the rural ag world—is changing to the point where old models are no longer successful, or in gradual decline? Wouldn’t you consider doing something about it?

So it was that Joshua Guttau, second generation head of Iowa’s Treynor State Bank has implemented changes and plans that push the envelope.

Guttau, CEO and CFO at $592.8 million-assets TS Banking Group, and its TS Bank, and a part-time farmer himself, has seen American farms going through a period of generational change and consolidation. This presents challenges and opportunities. Guttau prefers to focus on the latter, a point on which he and his parents, still active in the bank, agree.

“The capital is in the land,” says Guttau, and if the retirees want to realize some of their wealth, even if the next generations want to stay on the farm, there’s need for help from a banker. If a sale is in the cards, that requires aid and advice from qualified bankers, as well.

Building on the past for the future

The new division builds on the local ag lenders in each of TS Banking Group’s affiliate operations in Iowa and North Dakota, with both a regional team and a national team of bankers, who both work with outside representatives.

What sets the effort apart is Guttau’s preference, wherever possible, to partner with local bankers as TS Ag Finance moves into new territories. He has told his ag players that he wouldn’t mind if every deal the division made involved partnership with a local bank.

“We’ve proven over the years that we are a friendly competitor and willing to partner,” he says. “We believe that two bankers on a deal are better than one.”

Part of what TS Ag Finance will bring to such cooperation is a growing loan limit. As the company has expanded, it now has a $10 million limit, and in time, as the bank’s growth continues, Guttau anticipates reaching $20 million. Meanwhile, many local banks have seen their ag customers’ needs outstrip their own loan limits.

TS Bank has the capital, says Guttau, and their prospective community bank partners have local knowledge: a win-win. Indeed, Guttau’s ag bankers are expected to ask prospects for permission to contact their present banks so partnership can be explored.

Besides the division’s credit and other banking services, TS Bank offers the help of its large wealth management division. Guttau sees this as a leg up during a period when farms will be changing hands, and farmers approaching retirement consider succession planning.

The reach of the ag effort will vary with each part of the operation. Head of the TS Ag Finance team is David Buman, senior vice-president, who previously served as director of credit operations at Farmer Mac. Farmer Mac runs the secondary market for farm real estate loans.

Two TS bankers, based in Ames, Iowa, have a national focus on long-term fixed-rate ag real estate lending intended for the secondary market, chiefly Farmer Mac. These bankers serve as underwriters for real estate credits brought to TS Ag by a network of originators plus participating banks. Guttau expects this operation to grow to an annual volume of loans sold reaching $100 million-plus.

Guttau also hopes that this operation will, in time, serve as a training ground for ag bankers through internships. Real estate lending is based in the same city as Iowa State University, which offers one of the world’s largest ag programs.

Another team, consisting of four regional ag banking relationship managers, focuses on markets within TS Bank’s existing footprint and the Midwest—primarily its western half. A specialty for this effort will be beef, including feedlot operations and cow-calf operations, although the bank also is experienced in lending to row-crop farms.

Looking at the division overall, Guttau points out that the company is already doing business in 20 states. Conceivably, he adds, it could, in time, work with banks and customers nationwide.

The company will aim for a mix of one-third ag real estate, one-third row crops, and one-third cattle, and within five to seven years, Guttau is hoping to see operating loan outstandings averaging $200 million-plus.

Most TS Ag Finance employees work from home offices and on the road—or are originators who are not on the payroll—so the outlay for the expanded organization has been comparatively small, mostly added staff expense and one office. As a result, Guttau projects that the operation should be in the black within 12 months from its start.