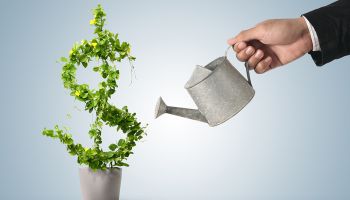 In the first quarter of 2016 many community banks saw sizable year-over-year growth in operating revenue amid acquisitions, regional pockets of strength, and improving loan growth.

This analysis looks at banks with less than $10 billion in assets that, as of April 22, had reported earnings for the quarter ended March 31. The banks are split into three different asset groups—the sub-$1 billion banks, the $1 billion to $5 billion institutions, and those with between $5 billion and $10 billion in assets. In each bucket, banks saw year-over-year growth in operating revenue on a median basis. 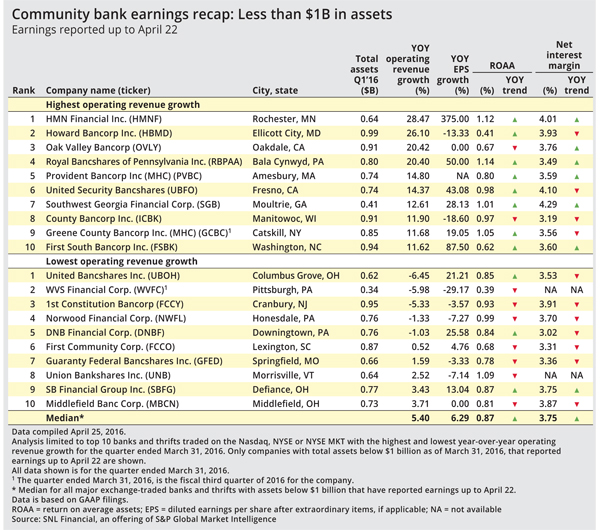 Vining Sparks chief economist Craig Dismuke said that regional strength, better loan growth, and more optimism about the economy could be factors in community banks' strong operating revenue figures. Dismuke also said that small banks are expressing more hope in the economy as they have seen better activity than expected.

The top executive at Howard Bancorp Inc., a bank in Ellicott City, Md., fast approaching $1 billion in assets, voiced cautious optimism about the economy. Chairman, President, and CEO Mary Ann Scully pointed to an environment that is more conducive to organic loan growth than it has been in recent years.

"It's very, very competitive as a result," she said. "I think for the last two quarters, you've seen more kind of typical and healthy organic growth that's driven by growth in some of our business clients. It's a different market than it was a year ago."

Despite improvements, the market continues to present challenges.

"Community banking is not for the fainthearted, but we do think that there are multiple growth opportunities," Scully said.

Howard Bancorp saw strong growth in its operating revenue, which Scully attributed to the bank's three-pronged strategy of organic commercial loan growth to drive net interest income; growth in noninterest income, and mortgages in particular; and growth through acquisitions.

Howard Bancorp did a branch deal in 2013, a failed-bank acquisition and another branch deal in 2014, and completed the purchase of Dundalk, Md.-based Patapsco Bancorp Inc. in 2015. The bank has also done lift-outs of lending teams over the past few years.

Scully said that more M&A is on the horizon. "I don't know if I can say this year, but you should expect another deal. It is a big part of our strategy," she said. 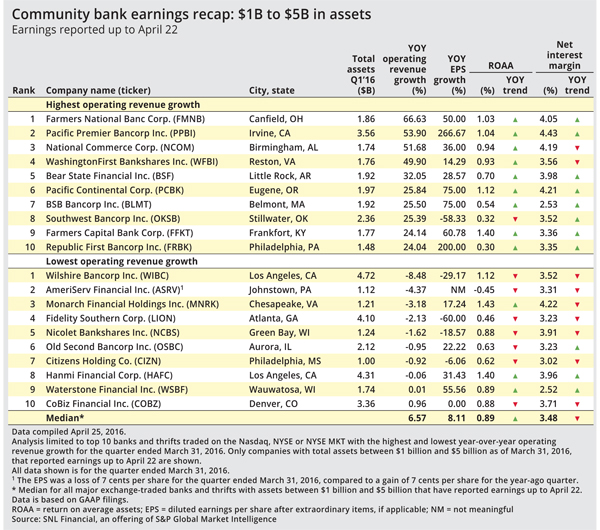 View from the middle tier

"We're able to recruit and attract a more experienced caliber of banker and we're consistently seeing an improvement in the quality of our team," said President and CEO Steven Gardner. "We are seeing this manifest itself in strong loan and deposit pipelines, which are at their highest levels in the history of the company."

In terms of loan originations, Gardner said that the bank finished the first quarter ahead of where it expected to be amid the integration of its Security California Bancorp acquisition.

View from the Pinnacle

"By way of update on these various growth initiatives, the hiring momentum is as strong as I ever remember," said President and CEO M. Terry Turner. "In the first quarter of 2016, we've hired 14 revenue-producing associates, again a pace similar to what we did in the fourth quarter of 2015."

Pinnacle executives also emphasized the revenue opportunities created by recent deals, including the pending acquisition of Avenue Financial Holdings Inc. Looking ahead, executives at the acquisitive bank pointed out that they are beginning to harvest "revenue synergies" from both of their 2015 deals. 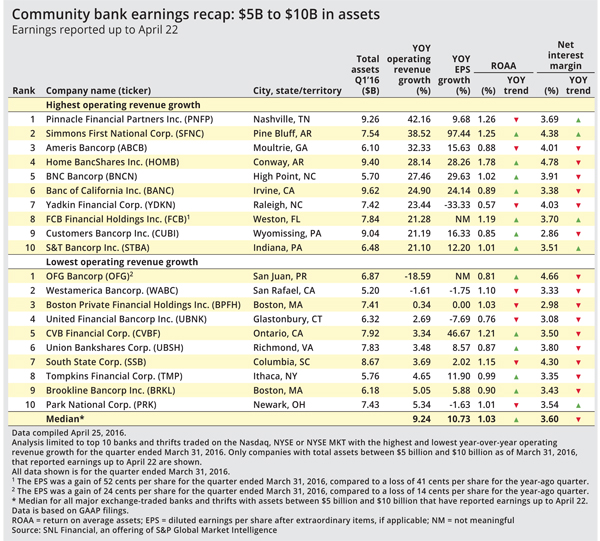 This article originally appeared on SNL Financial’s website under the title, "Community banking 'not for the fainthearted,' but revenue opportunities exist"