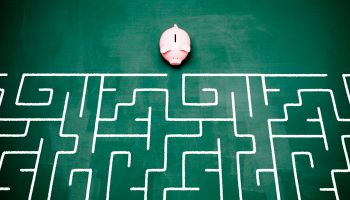 Analysts and investors are looking for community banks to collectively show modest loan growth in their second-quarter results, but for most, it likely will not prove enough to overshadow persistent net interest margin pressure or the Street's new worries about amplified uncertainty in the wake of the Brexit vote.

"When there is uncertainty, people tend to retrench, and that's obviously bad for the economy," James Bradshaw, an analyst at investment adviser Bridge City Capital LLC, said in an interview. "And when the economy is vulnerable, so are banks."

Many community banks, in particular, are almost pure plays on the economy—they depend on steady economic activity to drive investments and, by extension, demand for loans to finance those investments. A normal interest rate environment would, in addition, make that lending more profitable.

Lenders had a decent economic environment to work within during much of the second quarter, Bradshaw and others say, but rates remained historically low. Entering the third quarter, it now appears that rates will have to stay low for months to come, perhaps well into 2017. The Brexit vote in June—the United Kingdom's decision to leave the European Union—riled markets, elicited new concern about recession, and convinced many observers that the Federal Reserve will back off of any plans to raise rates this year.

Expectations had run high for several increases in 2016, moves that would have finally returned the U.S. to a more normal operating environment after years of ultra-low rates that crimped banks' margins. But Brexit infused a heavy dose of uncertainty in the global economy, as it remains to be seen how—and how long it will take—the U.K. will break free from the EU and what impact the leave will have on other countries, including the United States.

Against that backdrop, most observers think the Fed will hold off on any rate moves this summer or fall and may decide not to act at all this year. That would leave bank NIMs under pressure and, with the new uncertainty, lenders' clients are more likely to put off new investments, potentially leading to declining loan demand, analysts say.

"The hope that margins would expand—that hope is almost certainly gone for 2016," Bradshaw said. "And loan growth could become harder to generate."

"The probability of recession has gone up" in the aftermath of the Brexit, he added. "So it will be hard for the Fed to do much." While few are predicting large-scale economic impacts in the near term, he said even a marginal slowdown could be enough to meaningfully hurt a U.S. economy that, prior to Brexit, had been generating sub-2% GDP growth.

Credit quality comes to the fore

"It doesn't take much to push us off a cliff," Bradshaw said. "So I think going forward we also need to be much more cognizant of credit quality."

Keefe Bruyette & Woods analysts said in a report that they expect 2016 GDP growth of just 1.7% and 2017 expansion of 1.8%. They said the risk of recession is significant, "as we believe the U.S. economy is not growing fast enough to absorb major economic shocks."

Jon Bruss, managing principal and CEO of Fortress Partners Capital Management, said analysts and investors may pay even more attention to what bank executives have to say about their outlooks than their second-quarter results.

He also said credit quality likely will come into sharper focus for investors. Already, he noted, banks with exposure to energy companies have endured some losses amid a drawn-out slump in oil prices. And with farm incomes hurting alongside weak prices for corn and other important commodities, community banks that cater to agriculture also are susceptible.

"We probably will see some upticks in delinquencies," Bruss, whose firm invests in community banks, said in an interview.

What is more, he said, while the banking industry overall has enjoyed several years of generally strong credit quality, history suggests that such periods are never permanent. Eventually, various economic and industry forces converge and result in elevated levels of charge-offs. "It's probably high time we see some modest deterioration in credit quality," he said.

This article originally appeared on SNL Financial’s website under the title, "Heightened uncertainty, new questions to loom over earnings season"