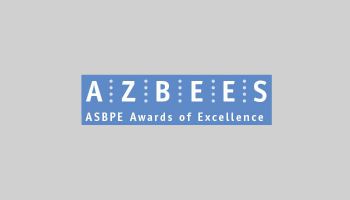 At the 38th annual Azbee Awards of Excellence banquet, held July 21 at the Poynter Institute in St. Petersburg, Fla., Banking Exchange won three national awards for editorial and design excellence. The “Azbees” are presented by ASBPE, which represents more than 1,000 journalists for b2b publications.

In June, Banking Exchange won awards for six of the eight entries submitted in ASBPE’s Northeast Region. Three of the six winning entries qualified to advance to the national competition. All three of these national finalists earned an award.

The national awards were:

“Our national and regional awards, taken as a whole, demonstrate that our startup media group can deliver what bankers need on multiple platforms,” said Steve Cocheo, executive editor and digital content manager. “As we roll out new capabilities and add to our events offerings, we will further assist bankers in these very challenging times.”

Read more about our regional awards