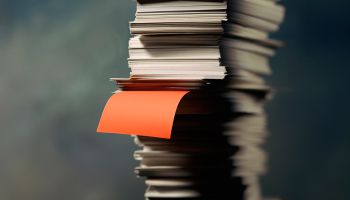 Many of the smallest banks saw their efficiency ratios rise in the third quarter, as they continue to feel the pinch of regulatory costs and low interest rates.

S&P Global Market Intelligence analyzed banks and thrifts with less than $10 billion in assets for the quarter ended Sept. 30, based on GAAP filings.

Those with less than $1 billion in assets had the highest efficiency ratios, with a median of 72.69%, up year over year from 70.98%. Their median net interest margin declined by 6 basis points to 3.59%. 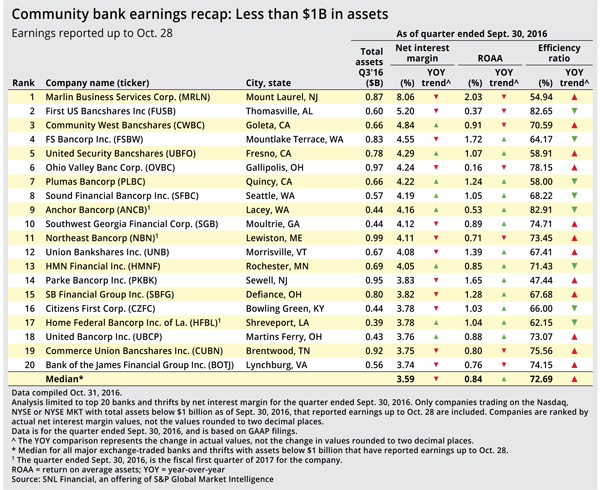 Seattle-based Sound Financial Bancorp Inc., a $566.2 million company, ended the quarter with a 68.22% efficiency ratio, which improved year over year. CFO Matthew Deines said the industry has a tendency to believe efficiency ratios are driven by expenses.

Deines listed fixed costs related to compliance as the main obstacle for smaller banks, and said they will have to change their models to keep up in the industry.

"There are some small banks that have figured out how to be profitable, but once we introduce additional costs related to all of the new regulations over the last five or six years, it makes it harder," Deines added. "I do think they'll have to make a decision about growth or the future of the institution." 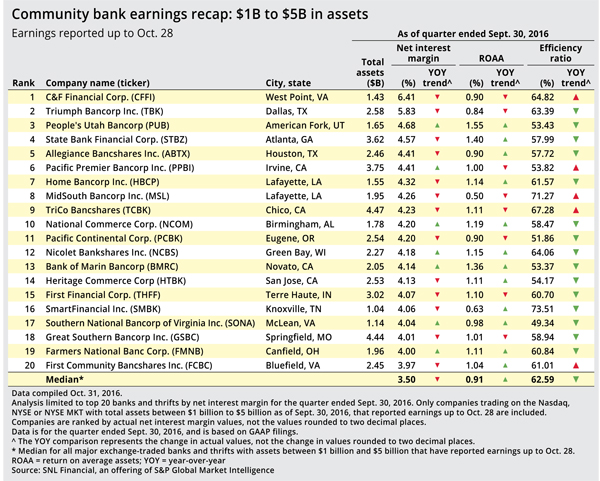 The midsize community banks, those with $1 billion to $5 billion in assets, saw a lower median third-quarter efficiency ratio year over year.

Irvine, Calif.-based Pacific Premier Bancorp Inc., a $3.75 billion financial institution, had a ratio of 53.82%. President, Chairman, and CEO Steven Gardner said the company is able to keep a lower efficiency ratio through "organic and acquisitive growth" and consolidation.

"We have just 16 branches for a bank that's $3.8 billion. That's pretty unusual," Gardner said. "We've deployed Salesforce throughout the organization and that's helping our bankers to be more efficient to handle more clients. That certainly has helped."

The largest community banks, those with $5 billion to $10 billion in assets, had the best median third-quarter efficiency ratio among community banks, down year over year at 58.23%. However, they also saw a decline in net interest margin, with a median of 3.53%. 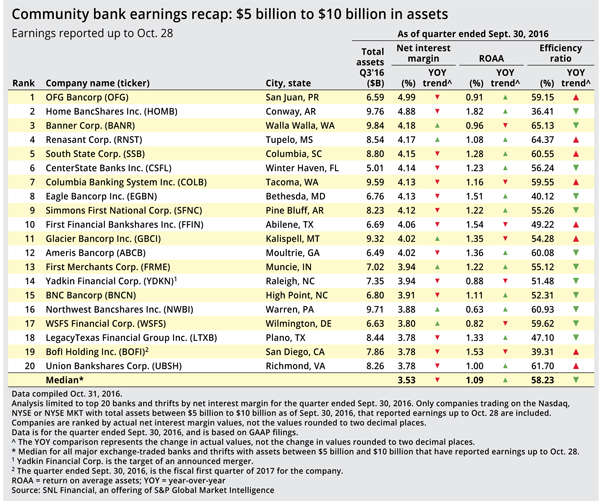 Chris Nichols, chief strategy officer at Davenport, Fla.-based CenterState Banks Inc., said he is pleased with the bank's 56.24% efficiency ratio, but that ideally, community banks should be below 40% to be competitive with large banks. Nichols said the company's major strategy to improve efficiency is employing technology, through means such as digitizing its loan process.

"We've made a push to get our customers on mobile banking for example, and that ends up making a difference," Nichols said. "It doesn't make as big of a difference as loan processes, but it does on the margin create a cheaper channel delivery if you can also trim down on branches."

He said part of the $5.01 billion company's success can be attributed to a strong Florida market.