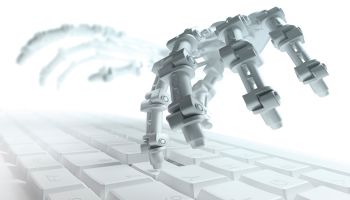 “Agile” is a buzzword of the moment, applied liberally to almost everything in business.

Despite overexposure, the concept of “agility” is sound. So is the notion that digital startups are, in general, more agile than traditional companies.

For several years that difference spawned the ominous theme that fintech upstarts would push banks aside. As it has evolved, the concept of partnerships between the two worlds has emerged as a viable choice.

One example was the announcement this spring of a partnership between San Francisco-based robo-advisor SigFig and Cambridge (Mass.) Savings Bank to offer retail investment services, which the bank named “Connect Invest.”

An announcement described the venture as the “first automated investment service integrated and bundled directly into a retail bank’s product offerings in the U.S.” Connect Invest is available as a dashboard on the bank’s website as well as on a dedicated Connect Invest mobile app and through the existing CSB banking app. The service allows customers to easily open, fund, and manage an automated investment account tailored to their goals.

Looking for a better way

The arrangement and service was the subject of a presentation at the Beacon event put on by the Bank Administration Institute in early October. (Beacon was a radical remake of BAI’s Retail Delivery and Payment Connect conferences.)

David Kerstein, president of Peak Performance Consulting Group, observed that there is no need for banks, especially community banks, to sit on the digital sidelines.

“Partnership is a no-brainer,” Kerstein said. “Fintechs are happy to work with small banks.”

One reason is that community banks can move quickly, he said. Further, fintech companies lack a loyal customer base, so they need banks.

Located just west of Boston, $3.2 billion-asset Cambridge Savings did not have a product option for small retail investors, according to Dan Mercurio, senior vice-president and head of Consumer and Small Business Banking at CSB.

Mercurio said the savings institution was headed down the traditional brokerage route, but pulled up short after listening to customers complain they were paying too much for investment services at other providers.

Casting about for a different way, they approached SigFig, whose business model embraces partnering with financial institutions. SigFig was founded in 2007. In May, it received a big capital infusion from UBS, and, just recently, Wells Fargo announced it will use SigFig.

One of the bank’s requirements was to enable its investment customers to be able to interact with humans when necessary. Connect Invest enables videoconferencing with SigFig investment advisors for free. Customers can also communicate via chat or email.

Building the product took four months from when the deal was inked to full rollout in May. In the process, the bank received a quick lesson in agile workflow.

“They have a radically different culture from us,” said Mercurio, “but we both share a focus on the customer.” That helped a great deal.

In time the bank’s technology group learned what a “daily scrum” was. Every morning they would be in contact with SigFig’s engineers in San Francisco and a very specific set of deliverables would be outlined that had to happen that day. In this way the bank was exposed to a whole new way of thinking about “task deliverables,” as Mercurio put it.

Another key factor was that Compliance was brought in from day one, he noted.

Kerstein observed that traditional companies that partner with fintechs quickly realize that they can apply agile—or lean—processes to other products, as well. They also begin to look for “friction” in various products and processes.

In the case of Connect Invest, the initial sign-up can be completed online in less than four minutes—slightly longer for people who are not already customers of the bank, Mercurio said.

One hurdle was that Digital Insight, Cambridge Savings’ online banking vendor, initially couldn’t integrate the new service. SigFig felt that its engineers could get it done if they could talk directly to Digital Insight’s engineers. The bank approached the vendor and the shift was made.

“Digital Insight was great in allowing this,” Mercurio commented. “We didn’t have to spend big dollars.” 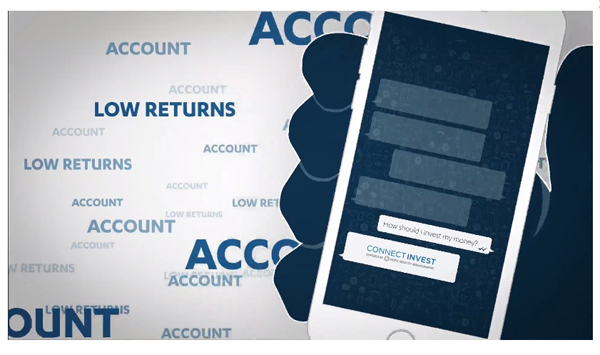 From a Cambridge Savings video showing how Connect Invest improves things for customers.

As of mid-November, CSB had more than 100 customers using the Connect Invest platform. Mercurio says the goal is to get 10% of its core banking retail customer base using the automated investment advisor, which would be 4,600 users.

“Interest in the service is pretty broad-based,” he said, although it does drop off with customers over 65. The bank allows noncustomers to sign up for the service, and does not require them to open a checking account.

Although not the primary reason for offering the service, the bank does earn fee income from Connect Invest. A $2,000 minimum investment is required and the bank charges an annual advisory fee of 0.5% of the average invested balance.