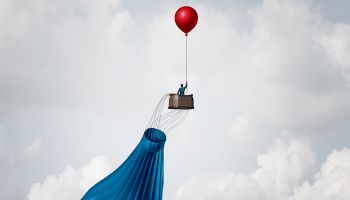 How to keep a $112 million-assets institution current in a period of major evolution.

Leslie Andersen’s great-grandfather and grandfather, founders of the bank she now runs, in their day may have puzzled over Uber and Amazon—both of which she uses. On the other hand, her forebears, including her father, still on the board of directors, would appreciate how she has kept Bank of Bennington growing and succeeding.

Founded in 1928, the $112 million-asset bank, based in Bennington, Neb., is no longer 100% family owned, but comes close. Andersen, president and CEO, is the fourth generation of her family to head the bank and is the single-largest shareholder.

For most of its history, Bank of Bennington was an agricultural bank. About 25 years ago—when Andersen first began working there—the bank began to “morph,” as she says, into a suburban bank as nearby Omaha expanded to encompass formerly rural Bennington. Now, the bank is primarily involved in residential construction lending, one-to-four-family mortgage lending, small business lending, and consumer lending.

Andersen was among the nine community bankers who met with President Donald Trump at the White House in March. She talks about that meeting, along with other issues, in the dialogue below, edited from an interview.

Q1. Residential construction lending and a large mortgage business is unusual for a bank your size. Can you give details?

A. It is unusual. The construction loans are for one-to-four-family homes, primarily to the individual homeowner. We do some builder lending, but the majority finance custom homes for individuals. We do a lot of mortgage lending, and we service our mortgages. We’ve got about a $120-million servicing portfolio.

When we went into the mortgage business, we looked at areas that were pain points for people. If you’re selling into the secondary market to Fannie Mae and Freddie Mac, it is very much a one-size-fits-all approach. So the well-qualified borrower gets treated the same as the first-time homeowner who puts 3% down. Instead, we sell 100% of our 30-year mortgages to the Federal Home Loan Bank under its MPF [Mortgage Partnership Finance] program. The rules are more tailored so we can meet our customers’ needs.

Still unresolved is the Dodd-Frank issue of QM [qualified mortgage] rules. We see the biggest impact on loans that we hold in-house. For example: a loan to a small business owner who doesn’t have large W2 wages, but is taking draws. It’s very difficult to get him qualified for a secondary market loan. We still make those loans and we will hold them, but we’re assuming liability when we do that.

If the rules would get changed so that anything you held in-house automatically was QM, that would take the liability away from banks, and they would be more willing to make those loans.

Q2. You may have heard the phrase, “Too small to survive.” What’s your view?

A. I definitely think the smaller you are, the more difficult it is to comply with all the regulations—they’re truly crushing people, which is why many small banks are selling. I don’t think you can put a size on it, however, because markets are so different, and business models are so different. 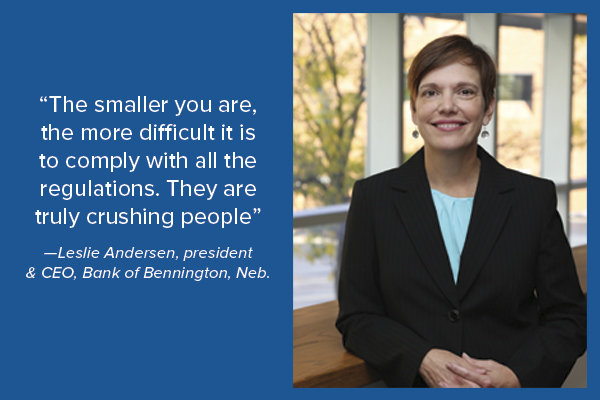 We’re in a metropolitan area where it’s easy for me to find quality people to come to work here. In a more rural setting, it becomes much more difficult to hire somebody who’s a compliance expert. Also, we have a lot of mortgage-related income—something other banks our size don’t have.

But again, in a metropolitan market, we have the ability to go out and get those loans. Small, rural banks could absolutely survive if they didn’t have the cost of compliance.

Q3. Is unnecessary regulation your biggest challenge? Is relief in sight?

A. It is our biggest challenge. The sheer volume of everything we have to comply with now is all-consuming. We have a compliance committee, and every one of our officers is in charge of one or more regulations on which they are expected to be an expert. We are trying to do everything we can to not have a whole lot of folks on our team who don’t generate income.

Regulatory relief will always be an uphill battle. But I do believe that the new administration clearly understands that one size does not fit all from a regulatory perspective. The President will have the opportunity to appoint new senior regulators who may have a different attitude and approach. That will make a huge difference because the regulators have a lot of latitude, and we’re just not seeing that latitude exercised right now.

Over the last eight years, for example, all the major regulators have centralized supervisory decision-making in D.C. So one thing that would help a lot is to push that back out into the regions or districts. Somebody in Washington doesn’t have any real concept of what’s actually happening on the ground in rural Nebraska.

Q4. You were among nine community bankers who visited President Trump in March. How was the meeting?

A. I thought it went well. The President asked many questions and was very engaged.

You know we [bankers] live in banking land, with all its acronyms, and for him to come into that world with—maybe a 15-minute briefing?—I thought he did really well. He wants to try to do something to unleash small business again. That piece really hit home. He understands that community banks are the ones lending to small business, which has become a real challenge for us [due to regulations]. 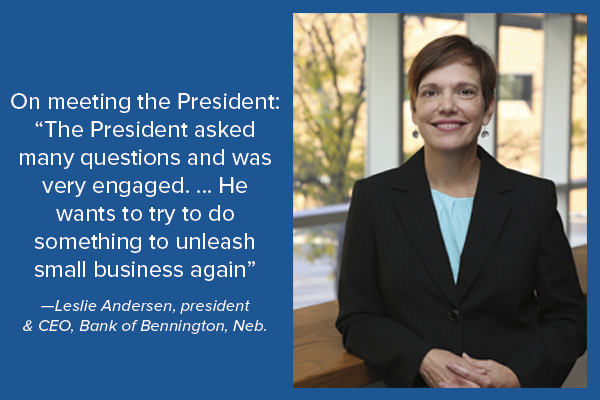 We talked about the fact that we need to get some tailored, common-sense regulation for community banks. We also talked about the need to put some accountability in place for the CFPB [Consumer Financial Protection Bureau]. I think that was well received.

Q5. Women CEOs outnumbered men at that meeting. Does that say something about how the industry has changed?

A. Yes, it really does. At national meetings of senior bankers I go to, there are more and more women. That has changed dramatically over the last ten years.

In our own bank, we have a number of women officers and one other woman besides me in the senior leadership team. I’ve always taken the approach of putting the best person in the job. I don’t focus on whether they are male or female. Still, I think there are more and more women being recognized for their abilities now and their roles in the banking industry.

Q6. How do you view technology?

A. I’ll answer that in two parts.

First, technology is challenging for most community banks in dealing with their core providers. We’re really down to just a handful of core providers whose technology is built on 1970 platforms. They have really no economic reason to change, and that puts community banks at a disadvantage with bigger banks. Their bells and whistles are better; their mobile sites are much more user-friendly.

There’s nothing to keep a community bank from innovating until you actually have to integrate that innovation with your core system. Then the core providers make it expensive and difficult. I do believe that market is ripe for disruption.

With fintechs, we have chosen to partner with them. There are certain things they can do to enhance the customer experience. Through our partnership with Bank Alliance, we are working with both Lending Club [consumer loans] and Fundation [small business loans].

It’s a way our customers can get an online, quick-response experience. There is no way a small bank can do all the vendor management and due diligence necessary to partner with one of those guys on their own. It’s too expensive.

In addition, we are working with a local fintech start-up called ATS Secured—helping them with their proof-of-concept right now for a real estate settlement platform. I just think there’s a real opportunity for community banks who are willing to do that to get in early on some new technology.

The one advantage we have is that we can put that high-touch customer service piece with the technology. Long term, I’m not so sure that’s going to keep us in the game, which is why I think forming partnerships is a way to adapt. 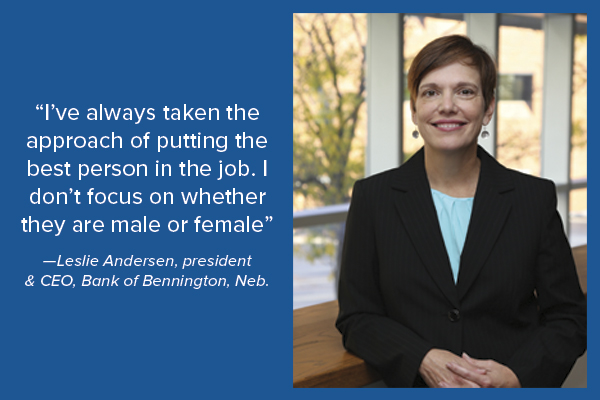 Q7. How do you see facilities changing?

A. Well, here’s one example: In our main bank in Bennington, we had a six-station teller line. I say “had” because it was just ripped out.

We are totally remodeling our whole lobby area, cutting it down to about half the size, using two teller stations, and expanding our operations area and putting in some more office space, because we just don’t need those big lobbies anymore.

Now, there’s still a fair amount of people coming in because they can’t balance their checkbook or they’re having trouble with an electronic payment they set up. Also, we do still spend a lot of time consulting with mortgage, construction, small business customers—both in the branch and in their offices or wherever.

On the residential side, folks can do the whole experience with us over the phone and online using e-signatures if that’s what they want to do until we get to closing.

This article originally appeared as the "7 Questions" department in the April-May Banking Exchange magazine.