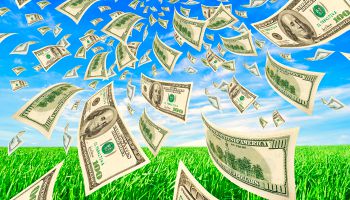 Community banks should consider raising capital while the price boom lasts, but should use caution when making deals.

"If you're doubling your capital base," Johnson said, "that's probably too much, unless you've got some great story on how you're going to deploy it."

Josh Siegel, managing partner, chairman and CEO of StoneCastle Partners, also warned that capital raises should be done in moderation, stating that common stock is a permanent solution that can dilute shareholder value.

Sullivan & Cromwell partner Mark Menting said many of his clients are realizing that although they may not currently be in need of capital, they can "accumulate a bit of a war chest" to facilitate future cash transactions and stock buybacks.

Panelists at the conference seemed to concur that the pace of interest-rate hikes, tax reform, and regulatory rollbacks won't happen as quickly as bankers have hoped. Still, the postelection optimism that has sent bank stocks soaring over 20% could potentially lead to wider margins and heavier bottom lines, and has given institutions better currencies to make deals.

In terms of M&A, Sandler O'Neill + Partners associate director Kyle Heroman said better currencies, combined with a benign credit environment, has brought more buyers to the table, compared to the past two years when there were plenty of sellers, but not many buyers.

Heroman said sellers need to do their due diligence to make sure a deal is likely to close, looking at factors like CRE concentration levels and deposit-base stickiness. Johnson added that it is also important to understand a company's lending philosophy before signing an agreement.

Pros and cons of going public

Going public is becoming more enticing, even among well-capitalized institutions, panelists said, partially because it is much easier to close acquisitions with public stock than private. The biggest pitfall of going public, Siegel said, is increased consolidation in the industry.

Johnson said on a national basis, the IPO market is "certainly of interest right now," even in the Southwest, where robust demographics and rebounding oil prices have created stability.

Menting said going public is a four-to-six-month process that requires intensive planning on the operational side.

"You can't just snap your fingers and go public," Menting said. "There's a lot of work that's involved. If that's a meaningful option for you down the road, it's something that you really need to be planning and thinking about every time you go through a strategic review."

Panelists also debated the rationale of raising capital without a deal in mind. Siegel said now is a good time for community banks to "invest in the future," pointing out that community banks desperately need to attract young talent.

"Community banks no longer have a technology disadvantage. … Why not invest a little bit of capital in revamping your front office technology? If you want to revamp your brand and your branches, this is sort of the time," Siegel said.

Siegel said the recent stock run-up was "too much too soon," and was mostly based on optimism. He said he doesn't know when, but that eventually, "we're for sure going to see another crisis."

"I think you could very quickly see bank stocks brake a lot," he said. "While the sun's out, you might want to grab capital. Not for a war chest, but to have available if you have a real reason."

This article originally appeared on S&P Global Market Intelligence’s website under the title, "Grab capital 'while the sun's out,' but use caution"