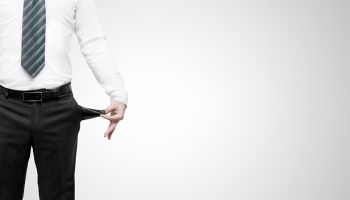 Banks are beginning to discuss how the new credit loss accounting standard will impact their allowance for loan losses.

The fourth quarter of 2016 was the first full quarter banks had to evaluate the current expected credit loss standard, also called CECL, following its publication.

Many banks said the pending change's impact was under evaluation, but some went further to disclose what steps they are taking to prepare for the change.

CECL will change the way banks account for losses on assets such as loans and securities. The standard may require banks to increase the amount of data they use to forecast loan performance. It could also cause some to change the way they model losses. Observers have long speculated that the impacts of CECL could be dramatic. Now, a sampling of bank Form 10-Ks for 2016 confirms that for at least some institutions, that could be true.

What some banks are saying

Under CECL, banks will book lifetime loan losses on the day of origination. This is expected to have a significant impact on the allowance for loan and lease losses, though the large adjustment should be a one-time event. Astoria Financial Corp. warned that the standard may have "a material impact on our financial condition or results of operations," in its Form 10-K filed Feb. 28.

Arrow Financial Corp., a community bank in Glens Falls, N.Y., said CECL will significantly impact the methodology it uses to calculate the allowance, according to its Form 10-K filed March 14. That disclosure is in line with previous arguments made by industry observers and technology vendors. They said CECL's complexity and need for granularity would motivate banks to change the way they calculate losses to account for more data on loan vintages and performance. A bank may decide to use a more complex methodology to more precisely calculate its allowance. This may control its growth and the related potential hit to capital.

But more-precise calculations may also be an expense if the bank needs to buy or upgrade software to manage the data.

The group behind CECL, the Financial Accounting Standards Board, and prudential bank regulators have said banks will not be required or expected to use complicated allowance calculations or buy software. Still, PacWest Bancorp said it is reviewing software that could meet the requirements of CECL and may make a purchase.

"The company is planning to engage a third-party vendor and commence early-stage model development in 2017," the bank said in its Form 10-K filed March 1.

Some have started implementing CECL

Other banks began disclosing some of their early-stage implementation efforts.

State Street Corp. said it established a steering committee to provide cross-functional governance over the CECL project plan and key decisions the bank will need to make. State Street is developing key accounting policies, evaluating its existing credit loss models and processes, and identifying a complete set of data requirements and sources, according to its Form 10-K, the amended version of which was filed March 27.

State Street expects a "significant effort" to develop new credit models or modify existing ones, and to ensure credit losses overall are calculated according to the standard. Regulators have encouraged banks to create cross-functional teams to coordinate efforts and compliance among different offices and business lines.

Some banks also have an idea of when they will comply with the standard, according to their annual filings.

Due to the delayed release of the final standard, FASB pushed the effective compliance date for SEC filers to the fiscal years beginning after Dec. 15, 2019, including interim periods within those fiscal years. Private companies and not-for-profits have an additional year.

Out of deference to companies that may be prepared for the original 2019 date, however, banks are allowed to adopt the standard early, in the fiscal year beginning after Dec. 15, 2018.

Both Investors Bancorp Inc. and Wells Fargo & Co. said that they do not expect to adopt early, according to their respective filings.

Opus Bank said the company expects to adopt the guidance Jan. 1, 2019, which would make it an early adopter, according to its Form 10-K, filed March 13.

This article originally appeared on S&P Global Market Intelligence’s website under the title, "Banks give glimpses on CECL starts in annual filings"