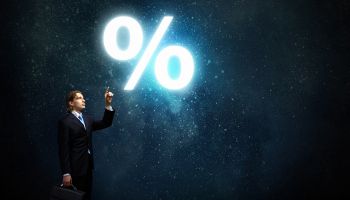 Even as rates increased over the last 18 months, deposit costs have only moved modestly higher but funding pressures could emerge as the pace of short-term rate hikes picks up.

Deposit costs inched higher in 2016 in the aftermath of the Fed's first rate hike in nearly a decade. In 2016, the deposit beta—or how much of the change in rate banks passed on to customers—experienced by the industry was just 12%, well below the 41% and 62% levels sustained in 2005 and 2006, respectively, during the last tightening cycle.

Betas are expected to rise as the Fed continues raising short-term rates. Those moves have been gradual thus far, with just two rate increases since December 2015, the last of which came in mid-March, with just a few weeks left in the first quarter.

What bankers are saying

Bankers said during their respective first-quarter earnings calls and at the Gulf South Bank Conference on May 8 that the impact of higher rates on funding will be more evident in future quarters, particularly if the pace of rate hikes increases.

Terry Earley, CFO at Houston-based Green Bancorp Inc., said at the conference that his company uses deposit betas for internal models that are nearly 2x the level it has experienced thus far. He expects that gap to narrow, noting that the "deposit beta curve will be exponential" as rates move higher.

The nation's largest banks, meanwhile, have not experienced much liquidity pressures as they currently operate with a loan-to-deposit ratio around 75%. He said lower loan-to-deposit ratios at larger institutions and gradual rate increases should keep deposit betas relatively low.

"The longer we can go with gaps in the rates, the lower betas will be," Restel said.

Banks subject to the provision must hold high-quality liquid assets—generally cash and low-yielding securities—greater than or equal to their projected cash outflows during a stressed scenario. The LCR assigns lower outflow rates to retail deposits but treats certain corporate deposits less favorably. Some large banks have actively worked to shrink those exposures and managed some larger corporate deposits out of their institutions.

Also at the Gulf South event, Atlanta-based State Bank Financial Corp. Chairman and CEO Joe Evans said that the LCR offers his bank an opportunity because it can target commercial customers not sought after by the big banks. He said that competitive advantage and the high concentration of transaction accounts will keep State Bank's cost funds from rising as quickly as other institutions.

Still, some bank advisers such as JPMorgan Chase & Co. believe the industry as a whole will face greater liquidity pressures over the next 12 to 24 months as the value of core deposits is once again recognized.

JPMorgan argued that the Federal Reserve's efforts to keep long-term rates low through quantitative easing, or the purchase of longer-term bonds, generated excess deposits of $2.5 trillion in the banking system from 2009 to 2014. That inflow of deposits pushed the industry's loan-to-deposit ratio down to 75% in 2014. The key liquidity ratio has rebounded since then, rising to nearly 80%.

The Fed is now considering shrinking its balance sheet and JPMorgan believes the effective reversal of quantitative easing could reduce bank deposits and funds institutions park at the central bank by approximately $1.5 trillion. Under that scenario, JPMorgan argued that loan growth would exceed deposit growth by $200 billion to $300 billion per year, pushing loan-to-deposit ratios up to 95%.

Smaller banks, meanwhile, have increased their reliance on non-relationship deposit funding, the firm said, and those increases have served as a substantial driver of recent M&A activity. Recent and rumored sellers have higher concentrations of brokered and listing service deposits as well as higher cost of deposits, JPMorgan said.

Funding has certainly come back into focus and will remain a key issue as long as the Fed remains on a tightening bias. We've argued that deposit betas will eventually rise back toward historical levels and it seems that more observers are entertaining that possibility.

This article originally appeared on S&P Global Market Intelligence’s website under the title, "Core deposits back in focus as funding pressures could emerge"