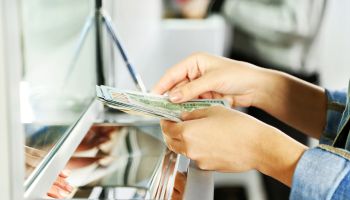 Many community bank deposit bases should be less rate-sensitive than their larger counterparts, but the institutions shouldn't get lulled into a false sense of security.

Community banks, which have less than $10 billion in assets, have reported only modest increases in deposit costs over the 18-month period ended June 30, lagging the increases experienced by larger institutions. The relatively modest gains in funding costs have allowed community bank margins to expand somewhat this year even as loan yields declined amid persistent competition for quality credits.

S&P Global Market Intelligence expects community bank margins to rise in the second half of 2017, finishing the year 2 basis points above 2016 levels.

Community banks have held deposit costs fairly steady in part because many of them operate in rural markets where they face less competition, while others claim they maintain more favorable pricing due to superior service. There seems to be some truth in this as the group has boasted lower deposit betas than bigger institutions.

Betas, or the percentage of changes in market rates institutions pass on to their customers, at community banks were only 7% in 2016 and rose to 10% through the first six months of 2017, compared to 12% and 13.5% across the whole U.S. banking industry. Community banks trailed their larger counterparts during the last tightening cycle as well.

The lower betas at community banks have largely offset the continued pressure on loan yields, which dipped to 4.76% through the first half of 2017 from 4.77% in 2016. While short-term rates rose during that six-month period, community bank loan yields actually fell because the institutions have much higher concentrations of loans based on long-term rates such as commercial real estate loans and mortgages. And many of those credits were originated when long-term rates traded near historical lows in 2015 and 2016.

Loan yields should rebound during the remainder of 2017, benefiting from higher rates than seen in recent years as well as slight improvements in loan growth when compared to the lackluster activity witnessed in the first quarter.

That yield expansion will be followed by continued increases in deposit costs as competition for core funding begins to heat up and the impact of rate hikes in March and June flows through the markets. Most bankers believed the Fed's latest rate hike in June would bring the greatest changes in customer behavior since the gap between deposits and other investment alternatives has begun to narrow. The regulatory community has also recently flagged some changes in the funding environment, with the FDIC highlighting that examiners have seen liquidity stress at a handful of banks.

Community banks in particular might soon feel greater competition from credit unions. Credit unions often tout that they offer better rates on deposit products for their members, but those institutions have not reported increases in deposit costs over the last few years even as their banking counterparts have started to lift rates.

That appears to be changing, however, as credit unions below $10 billion in assets have begun to offer higher CD rates. The average rate on 1-year CDs with minimum balances of $10,000 offered by those institutions has increased 8 basis points since March 10—just days before the Fed first raised short-term rates—and 4 basis points since June 30.

The rate boost since mid-March matches the increase by the banking industry, suggesting that the deposit pricing gap between credit unions and banks is narrowing, which could spur even more competitive deposit pricing across the market.

Meanwhile, the median loan-to-deposit ratio among community banks in the Southwest has increased the most, rising off the lowest level of any region. As banks have levered more of their liquidity, funding costs have moved higher.

Banks in the Southwest region, particularly those with exposure to the metro Houston market, could see their credit quality slip in the latter half of the year due to the devastation caused by Hurricane Harvey. The same is true for community banks with significant exposures to Florida, where Hurricane Irma caused considerable damage.

Some estimates peg the cost of the two storms at greater than $200 billion, although the impact to banks will be less severe. Banks saw their nonperforming loans and net charge-offs rise in the months following Hurricane Katrina, but the increases dissipated after a few quarters.

While delinquencies and losses are likely to materialize for banks in the recently impacted areas, those institutions make up a relatively small portion of the community bank universe, limiting just how much the credit deterioration will impact the entire group. The slippage in credit quality among institutions impacted by the storms will weigh on returns during the remainder of 2017, but that pressure will prove short lived. Returns should rebound in 2018 along with continued expansion in net interest margins.

The analysis of community banks, which focused on institutions with less than $10 billion in assets, stems from a larger examination of nearly 10,000 banking subsidiaries, covering the core banking industry from 2005 through the second quarter of 2017. The analysis includes all commercial and savings banks and savings and loan associations and historical institutions as long as they were still considered current at the end of a given year. It excludes several hundred institutions that hold bank charters but do not principally engage in banking activities, among them industrial banks, nondepository trusts and cooperative banks.

The analysis looked back more than a decade to help inform projected results for the banking industry by examining long-term performance over periods outside the peak of the asset bubble. S&P Global Market Intelligence has created a model that projects the balance sheet and income statement for all banks below $10 billion in assets and allows for different growth assumptions from one year to the next.