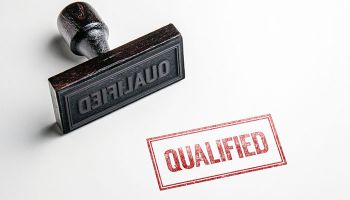 S&P Global Market Intelligence, formerly S&P Capital IQ and SNL, is the premier provider of breaking news, financial data, and expert analysis on business sectors critical to the global economy. This article originally appeared on the subscriber side of S&P Global's website.

Bipartisan legislation in the Senate would introduce a simple leverage ratio that could reduce reporting requirements on thousands of banks, although the change would move just a handful of companies off the list of inadequately capitalized banks.

The change would apply only to "qualifying community banks," defined as institutions with less than $10 billion of assets and limited off-balance sheet exposures, trading assets or notional derivatives exposure. Regulators would have some discretion in adding other factors to the definition, making the final determination via the rulemaking process.

Also, banks could elect to continue to abide by the current regime.

Of the 5,410 community banks in the analysis, just 40 banks, or roughly 1%, were less than well-capitalized. Of those 40 banks, only five lenders would be well-capitalized under the Senate's proposed legislation. There are very few banks that are not well-capitalized under the current risk-based regime, and most of the ones that fail to meet current requirements would not qualify for the new leverage ratio, according to an analysis by S&P Global Market Intelligence. A bank is considered "well-capitalized" if it stays above minimums for four different ratios: common equity Tier 1, Tier 1, total capital and Tier 1 leverage.

Christopher Cole, senior regulatory counsel for the Independent Community Bankers of America, said most community banks would opt for the leverage ratio instead of the risk-based capital rules. He said the decision would not be a matter of holding less capital.

Thomas Hoenig, vice-chairman of the Federal Deposit Insurance Corp. and a longtime advocate for leverage ratios and higher capital levels at banks, applauded the provision in a Dec. 5 statement. While Hoenig was critical of other elements of the legislation, citing some potential risks to the economy, he was supportive of the community bank leverage ratio, calling it an improvement "in the regulatory cost and landscape for these commercial banks."

This article originally appeared on S&P Global Market Intelligence’s website on Dec. 22, 2017, under the title, "Most community banks would qualify for Congress' proposed capital standard"