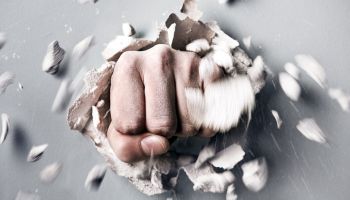 Tax breaks rock, but earlier tax planning decisions had to be adjusted for in 2017. This meant a substantial hit to industry earnings.

In 2017 the price of admission to the advantages of the Tax Cuts and Jobs Act going forward was a drop in year to year earnings for the entire banking industry and a giveback of about two-thirds of the net income increase that the community bank sector would have seen.

“Both fourth quarter and full-year net income declined, reflecting a one-time increase in income taxes from a revaluation of deferred tax assets and repatriation of income from foreign subsidiaries,” said FDIC Chairman Martin Gruenberg of the entire industry, in unveiling the final FDIC Quarterly Banking Profile report for 2017 on Feb. 27.

Net income for all banks and community banks

FDIC’s quarterly report breaks out results both for community banks only and for the industry as a whole.

For the industry as a whole, net income for the full year came to $164.8 billion, down 3.5%. (Net income for the final quarter was down 40.9%.) The one-time tax effects contributed to a 28.4% rise in tax expenses. Other factors cited for the industry’s lower earnings included higher noninterest expenses and higher loan-loss provisions.

FDIC’s report stated that without the tax charges, it’s estimated that the industry’s 2017 net income would have increased 7.2%.

• Community banks increased their small loans to businesses by 3.2% in 2017—$9.2 billion more in such credit. This was more than twice the rate of increase seen among non-community banks. Most of the increase reflected additional commercial real estate lending.

• One yellow light from Gruenberg: “The interest-rate environment and competitive lending conditions continue to pose challenges for many institutions. Some banks have responded by ‘reaching for yield’ through investing in higher-risk and longer-term assets. So far, interest rates on deposits have not increased at the same pace as loan rates. Higher interest rates on deposits could result in narrower net interest margins.”