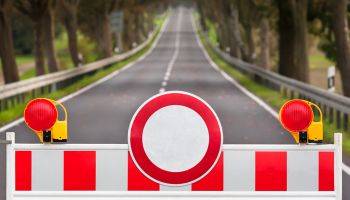 Mckinsey and Company claims that 70% of changes attempted in financial institutions fail. Banking Exchange has concluded that there are several ways for banks to navigate change. Here are just four. Next week, we will bring these up in more detail, and suggest a full strategy to implement change.

1. When you feel that change is necessary, make sure that key people know and buy into the fact that it would be more risky to stay the same than it is to change.   Few people doubt that the banking industry is in transition, but there are still going to be key employees that will resist the inevitable. We can learn from related sectors: one year Jack White was named Discount Broker of the year in the mid 90’s by Smart Money Magazine. A few years later, they were gobbled up as trading went completely digital.

2. Create a Team that will spearhead the change. Without a coalition of influencers in top management, middle management, and a diversity of departments there will not be enough momentum to carry out major change. These people should be tasked with a strategy for execution and the responsibility to carry it out.

3. Reward and acknowledge those that are successful in the new environment: It is not enough to just implement the change and have cheerleaders. Everything from compensation, rewards and symbols should reflect this new environment. Recently, a marketing executive at a Credit Union in Florida told Banking Exchange that they had to threaten branches that would not take down the previous years’ marketing posters with an outdated message and replace it with the new corporate marketing that reflected the credit union’s strategy.

4. After the Changes are Made, Be relentless in Advocating the Change: This is where many banks fail; after an initial success in implementing change, they do not follow through. Everything from new hires and mentorship programs to corporate logos need to reaffirm the changes. If necessary, you may need to make hard decisions on personnel. Do not underestimate the power of tradition. One banking executive stated that changing a culture is like breaking a drug habit: you can go months and even years, but there is always danger of a relapse.