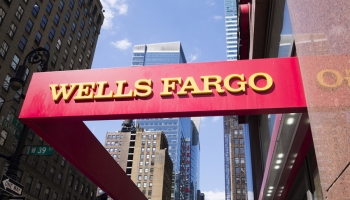 “I had less stress in the 1991 Gulf War than working for Wells Fargo.”

This employee complaint to senior management at Wells Fargo Community Bank is just one of dozens from staff and customers made public in regulatory documents released last week as the bank was fined $3 billion for the fake accounts scandal that first emerged in 2016.

The Office for the Comptroller of the Currency (OCC) has also fined three former executives and filed documents proposing fines for five others. The total penalty could reach more than $58 million between them.

The OCC’s documents detailed how staff and customers repeatedly contacted senior management to raise concerns or complain about sales practices, but these were either ignored or put down to individual misconduct rather than a company-wide policy.

Another staffer cited by the OCC complained in 2013 that the pressure to hit sales targets meant “I can’t sleep at night or look in the mirror”. “Too much pressure, [it] feels like we have to treat team members poorly or walk a very grey line to meet expectations,” the complaint stated.

Wells Fargo will pay $500 million to the Securities and Exchange Commission (SEC) — which will be distributed to affected customers — and $2.5 billion to the Department of Justice (DoJ) following the authorities’ investigations. It has already paid $1.7 billion in fines related to the scandal, which saw staff creating 1.5 million fake deposit accounts and more than 500,000 fake credit cards without customers’ permission.

Charlie Scharf, Wells Fargo’s chief executive officer since last year, said: “The conduct at the core of today’s settlements — and the past culture that gave rise to it — are reprehensible and wholly inconsistent with the values on which Wells Fargo was built. Our customers, shareholders and employees deserved more from the leadership of this company.

“Over the past three years, we’ve made fundamental changes to our business model, compensation programs, leadership and governance. While today’s announcement is a significant step in bringing this chapter to a close, there’s still more work we must do to rebuild the trust we lost.

“We are committing all necessary resources to ensure that nothing like this happens again, while also driving Wells Fargo forward.”

Earlier this year, Scharf announced a major management shake-up in an attempt to refresh Wells Fargo’s leadership and rebuild trust.

A further five former Community Bank staffers face a combined penalty of $37.5 million from the OCC for their roles in the scandal, including a proposed $25 million penalty for Carrie Tolstedt, former head of the Community Bank.

The DoJ’s investigation found that top managers at the bank were aware of the unlawful and unethical practices but did not change the sales strategy that was putting pressure on staff to meet unrealistic sales goals.

Between 2002 and 2016, the bank “unlawfully misused” customer data and “collected millions of dollars in fees and interest to which [it] was not entitled”, the DoJ said in a statement released Friday.

While Wells Fargo made several public statements and disclosures about focusing on the needs of customers rather than sales, the Community Bank “implemented a volume-based sales model in which employees were directed and pressured to sell large volumes of products to existing customers, often with little regard to actual customer need or expected use”, the DoJ said.

A combination of “onerous sales goals” and management pressure led “thousands” of Wells Fargo Bank staff to engage in fraud, identity theft and falsification of bank records, as well as unethical sales practices. These were referred to as “gaming” within the company, the DoJ said.

“When companies cheat to compete, they harm customers and other competitors,” said Michael D Granston, deputy assistant attorney general of the DoJ’s Civil Division. “This settlement holds Wells Fargo accountable for tolerating fraudulent conduct that is remarkable both for its duration and scope, and for its blatant disregard of customer’s private information.”

Andrew Murray, attorney for the Western District of North Carolina, said the $3 billion penalty was “appropriate given the staggering size, scope and duration of Wells Fargo’s illicit conduct”.

He added: “Today’s announcement should serve as a stark reminder that no institution is too big, too powerful, or too well-known to be held accountable and face enforcement action for its wrongdoings.”

The criminal investigation into the falsifying of bank records and identity theft was resolved with a “deferred prosecution agreement”, the DoJ said. It means the bank will not face prosecution during the term of the agreement — three years — as long as it meets conditions including cooperating with further investigations.

The deferred prosecution agreement and the fine took into account Wells Fargo’s “extensive cooperation and substantial assistance” with the investigations, according to the DoJ.