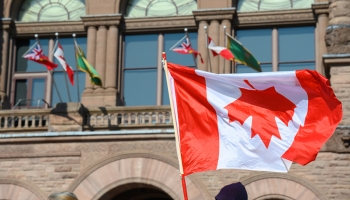 Canada has rolled out a financial relief package for its small businesses – but some are struggling to qualify for support, according to multiple reports.

In the first five days of the loan program more than C$5 billion was approved, according to The Globe and Mail.

However, the Canadian Federation of Independent Business (CFIB) has warned that some companies have been turned down for the CEBA program due to its restrictions and limits. The program does not cover companies with a payroll of below C$50,000.

The CFIB reported that 20% of small businesses it surveyed wanted to apply for CEBA loans but were ineligible. It called for the government to scrap the payroll test, increase the C$1m limit to C$2.5m and for provinces to provide “rent subsidies” to cover fixed costs.

Prime minister Justin Trudeau said the government was seeking to enhance the CEBA program, including adding support for commercial rent payments, according to The Globe and Mail.

BMO processed more than 10,000 CEBA applications on Monday, according to the Financial Post, and has distributed C$500 million in loans.

Royal Bank of Canada, meanwhile, approved more than 35,000 applications for a total of C$1.4 billion as of Monday, and CIBC issued C$846 million in loans under the program to more than 21,000 clients, the Post reported.

Some banks have offered alternative forms of support, including payment deferrals and credit lines.

“In our conversations with small business owners over the last week, it’s clear that there is an urgent need for this new source of funding, and we're ready to take applications to help clients access the  Canada  Emergency Business Account quickly,” said  Laura Dottori-Attanasio, group head of personal and business banking at CIBC on April 9.

“Every entrepreneur who banks with us wants to see their business through this challenging time so they can focus on their ambitions for growth, and we're standing with them to manage through the current environment.”

The problems faced by Canadian companies come after the US equivalent support system, the Paycheck Protection Program, was beset by problems in its first few days. The huge demand for loans crashed the Small Business Administration’s website, while the American Bankers Association and other organizations have lobbied policymakers to extend the US$350 billion package.