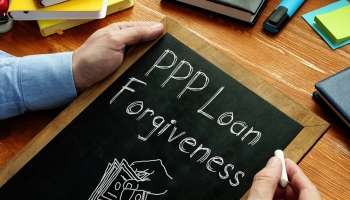 Several national and state banking associations have joined dozens of other industry bodies to lobby policymakers to simplify the process for forgiveness of Paycheck Protection Program (PPP) loans.

The American Bankers Association, National Bankers Association, Independent Community Bankers of America, Mid-Size Bank Coalition of America and the bankers associations for North Carolina, Texas and Virginia are among 141 organizations that have signed a letter calling for the reporting burden on small businesses to be lowered.

The 141 signatory industry groups – which included national associations for hotel owners, food service workers, building companies and miners – called for the form to be limited to one page for those borrowing less than $150,000 to ease the reporting requirements on companies.

A bill was introduced to the Senate last week that provides for such a simplification, and the letter urged policymakers to support it.

The current form — available from the US Treasury website — is five pages long and has more than 60 required answers or data boxes.

“In order to help our nation’s smallest businesses, we urge Congress to quickly pass this legislation that would forgive PPP loans of less than $150,000 upon the borrower’s completion of a simple, one-page forgiveness document,” the letter stated.

Approximately 86% of PPP loans were for $150,000 or less, the letter said. The organizations estimated that streamlining the forgiveness process for these borrowers would saver more than $7 billion as well as “hours of paperwork”.

The letter also cited analysis by consultancy group AQN Strategies, which estimated that filling out the forms and sourcing the data required for the current forgiveness process would cost $2,000 to $4,000 per company, and between 20 and 100 hours of work.

“With an average loan size of less than $19,000 for the smallest 60 percent of loans, this estimate would represent 10-20% of the loan amount itself, which is otherwise intended to support payroll, rent, and other obligations necessary to keep businesses alive and ready to restart,” the letter said.

“Small businesses and their employees are the backbone of our nation’s economy and communities. Their time and resources would be better focused on getting the economy safely back up and running, not processing burdensome paperwork.”