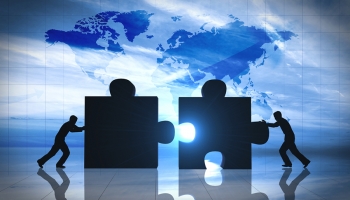 City First Bank and Broadway Financial have announced a merger plan that the companies say will create the largest Black-led minority depository institution in the US.

The combined entity will have more than $1 billion in assets and approximately $850 million in total deposits, according to data from June 30, 2020.

In a joint statement, the two groups said the merger would “increase their collective commercial lending capacity for investments in multifamily affordable housing, small businesses, and non-profit development in financially underserved urban areas, while creating a national platform for impact investors”.

The new company will retain a Community Development Financial Institution (CDFI) status, which requires it to allocate at least 60% of its lending to low- to moderate-income communities.

Washington, DC-based City First will provide five directors to the merged board, while Broadway, based in Southern California, will supply four directors, including chair Wayne-Kent Bradshaw, Broadway’s CEO.

Brian Argrett, CEO of City First Bank, will become the vice-chair and CEO of the new company.

“Given the compounding factors of a global pandemic, unprecedented unemployment and social unrest resulting from centuries of inequities, the work of CDFIs has never been more urgent and necessary,”  said Argrett.

“As part of this historic merger, we are demonstrating that thriving urban neighborhoods are viable markets that require a dedicated focus, long-term commitment and critical access to capital.”

The companies said they would keep their existing respective headquarters with the aim of expanding in their current locations, as well as growing into other “high-potential urban markets”.

The merger is expected to close in the first quarter of 2021, subject to shareholder and regulatory approvals.

Separately, New York’s Hanover Bancorp and Savoy Bank are to combine in a deal worth $63 million to create a $1.6 billion bank.

Hanover Bancorp, parent to Hanover Community Bank, will buy Savoy and merge it into its existing business.

The combined entity will seek to expand its footprint in New York City and Long Island, according to a statement published this week.

Hanover’s chairman and CEO Michael Puorro said: “With Savoy we found a true partner who shares [our] value creation focus and as a combined company we will better be able to compete in this fast-evolving marketplace and position the combined company for the next steps in our corporate evolution.”

Metin Negrin, chairman of Savoy Bank and its largest shareholder, said the broader capital base and wider product range would provide “significant value” for all stakeholders.

The merger is expected to close in the first half of 2021, subject to regulatory and shareholder approvals.

The new company will be the fourth largest community bank in the state, based on June 30 data.

The combined entity will operate under the Blue Ridge name and trade under the ticker symbol BRBS on the New York Stock Exchange.

Plum said: “This combination creates additional resources to invest in our communities and the technologies necessary to maintain and improve upon our core commitment to providing responsive, client-centric financial services.”

Subject to regulatory and shareholder approvals, the deal is expected to close in the first quarter of 2021.