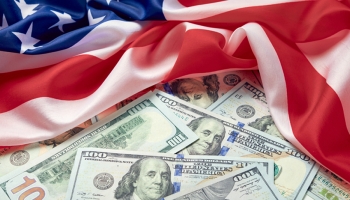 The Paycheck Protection Program (PPP) is set to resume in the new year after the Senate approved an $892 billion aid package for the US economy as it recovers from the Covid-19 pandemic.

The Senate voted 92-6 in favor of the aid package, pledging $300 billion in support for small businesses – including a $284 billion extension to the PPP.

The PPP was introduced in April 2020 as part of the government’s initial response to the pandemic. It saw $525 billion worth of loans facilitated until the program closed on August 8.

As well as supplying more than 5 million small businesses across the US with vital funding during the enforcement of stay-at-home measures, the PPP also proved transformational for many smaller banks.

For example, Cogent Bank in Florida facilitated 1,194 loans worth a combined $166 million, but also established and expanded relationships with these customers to help grow its asset base from $287 million to more than $650 million.

Elsewhere, New Jersey-based Cross River Bank processed approximately $5 billion worth of PPP loans to more than 105,000 companies. This figure is double the size of its asset base before the pandemic, and was made possible through multiple relationships with fintech companies to provide businesses across the US with access to the PPP.

Companies that received a loan from the PPP this year will still be eligible for the second round, provided they have 300 or fewer employees and can show that they experienced a 25% reduction in receipts during at least one quarter of 2020, when compared with the same quarter in 2019. The maximum loan amount is $2 million.

While most companies accessing the PPP for the second time will be able to borrow up to 2.5 times average monthly payroll, those in the accommodation and food services sectors will be allowed loans of up to 3.5 times monthly payroll as they have been more deeply affected by the pandemic.

Those that did not participate in the first round of the PPP will be subject to the original loan requirements, according to The Wall Street Journal.

Loans can be forgiven provided at least 60% is spent on payroll. The rest can be spent on eligible costs such as mortgage payments, rent, utilities, and personal protective equipment.