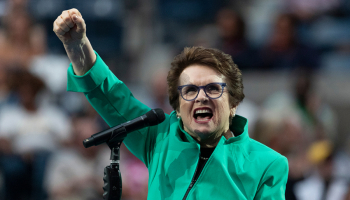 Last week, First Women’s Bank based in Chicago, a commercial bank with a focus on closing the gender gap in terms of capital, announced that Billie Jean King has committed to invest and will be the Bank's strategic advisor on gender equality. Billy Jean King was widely known as a champion of women’s rights during her tennis career.

King commented, "A critical step toward achieving gender equality is creating economic parity and financial inclusion, which requires closing the racial and gender gaps in access to capital. I look forward to joining First Women's Bank as we work to bridge those gaps and empower women from all walks of life to reach their full potential."

A First Women's Bank press release claimed that it will be the only bank in the United States that is “women-owned, women-led and focused on the large and powerful women's economy.” Women owned businesses have grown twice as fast as other businesses in the US market, but women owned financially focused businesses trail behind the national average.

Marianne Markowitz, First Women’s Bank President and CEO said, "We are thrilled and honored to welcome Billie Jean to First Women's Bank. She is a legendary sports icon, an accomplished business woman and a devoted advocate for equality, Billie Jean's support both as an investor and advisor will help us fulfill our mission to grow the economy and advance the role of women within it."

First Women's Bank received conditional approval from the FDIC in July 2020. The Bank will likely launch this summer with one location in Chicago.

The trend in banking towards socially responsible investing, sustainability, and race and gender issues have rapidly increased over the past two years following a trend that had already started at European banks and other financial institutions.