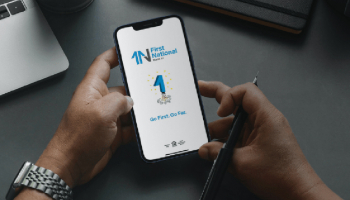 The First National Bank of Long Island is closing and consolidating eight branches in November 2021.

Each closing branch will have its assets and other services taken on by a specific existing branch, ensuring continuity for customers, the bank said last week.

Two branches in Northport, New York will merge, with Northport Village closing and consolidating into Northport. The Greenlawn branch will also shut down and consolidate with the Northport branch.

It follows the closure and consolidation of six First National Bank of Long Island branches last year, which the management said was aimed at reducing the size of its legacy branch network and focusing on developing geographically.

Current branch growth is focused on Suffolk County, New York, where a branch opened in December 2020, while an additional premises is to open in the next few weeks in East Hampton.

“By optimizing the strategic placement of our physical branch network, we are ensuring appropriate resource allocation to our growing market area,” said president and CEO Chris Becker. “At the same time, our investments in digital channels allow us to best serve customer demand no matter the physical location.

“Our goal is to provide our customers access to exceptional banking services throughout the Bank’s footprint while also improving convenience and efficiency for long-term success.”

There has been a significant amount of consolidation and branch closure across the US banking sector over the last two years.

This time last year, Illinois-based Midland States Bank reported planned closures of 13 of its locations across the state, following a significant market shift to online banking.