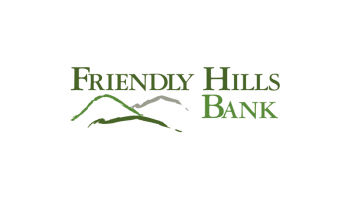 Community banks Friendly Hills and BankFirst Capital have continued to expand their footprint with the opening of offices in new locations.

Friendly Hills has added three branch offices which it acquired from Bank of Southern California for $1.3 million, effective September 24.

Following the acquisition, the community bank has assumed approximately $81.2 million in deposits and will operate from two new California locations, in Orange and Redlands, while Bank of Southern California’s Santa Fe Springs branch operation has been consolidated with the nearby Friendly Hills branch location.

Jeffrey K. Ball, chief executive of Friendly Hills Bank, said: “Our community bank model, which focuses on quality service and relationship style banking, is a great fit for these offices and the communities that they are proud to serve.

“We look forward to the growth opportunities in these markets with our ability to provide quality banking and payroll processing services.”

Meanwhile, Columbus-headquartered BankFirst Capital, the parent company of BankFirst Financial Services, has bolstered its presence in Mississippi with the opening of two loan production offices (LPOs).

The company entered the Biloxi market with the opening of an LPO on September 27.

BankFirst Capital president and chief executive, Moak Griffin, said: "Biloxi is a natural expansion of our Mississippi footprint, and we expect this market to provide us with additional growth opportunities going forward."

The bank has also converted its Oxford, Mississippi mortgage production office (MPO), which opened in 2018, into an LPO, citing increased demand for loan products in the Oxford market.

“Given this demand in the area, we determined that converting the Oxford MPO into an LPO and expanding our loan services in Oxford would benefit our Oxford customers and the community as a whole,” Griffin added.