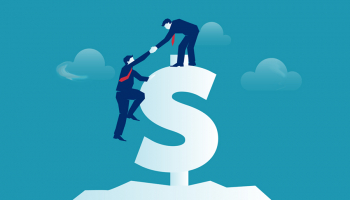 The chief executive officer of Bank of Marin and Bank of Marin Bancorp has confirmed he will retire from his role at the end of October 2021.

Russell A. Colombo, who has been CEO at the firm for 15 years, delayed his retirement to ensure management stability during the coronavirus pandemic. He will be succeeded by Tim Myers who is currently president and chief operating officer.

Myers will assume the role of CEO on November 1, 2021, while Colombo will remain on the Boards of Bancorp and the Bank.

During Colombo’s tenure at CEO, the Bank’s assets have growth from $877m to more than $4bn and its market cap currently stands at $596m.

Mullins was the firm’s director of enterprise risk governance and business support, having been with Fifth Third Bank for two decades. The climate risk officer role will expand the duties she already had to reflect the Bank’s commitment to environmental sustainability leadership.

Merchants & Marine Bank has named Greg Hodges as its chief banking officer, having previously been the company's market president for its Pine Belt region.

The promotion will see Hodges take responsibility for the bank’s strategic marketing and advertising, as well as working with the executive team who oversee client-facing lines of business.

Hodges will also join the executive leadership team of Merchants & Marine Bancorp, the bank’s holding company, to support the growth and expansion of the bank in new markets.

Meanwhile, Dave Nelson, chairman and CEO of West Bank, has confirmed he will be joining the board of directors of the American Bankers Association (ABA).

Having previously served on the Iowa Bankers Association board of directors, Nelson is one of six bankers from across the US joining the ABA board for a three-year term with effect from October 2021.

The appointment will take effect from October 15, 2021 and Alvarado will report to the firm’s president and CEO, Rob C. Holmes.

Lowery was previously head of lending, having joined the first in April 2021. Prior to this, he has held various senior roles with institutions including Iberiabank, Metropolitan Commercial Bank and M&T Bank.